Published by Chief Instructor on January 29, 2022 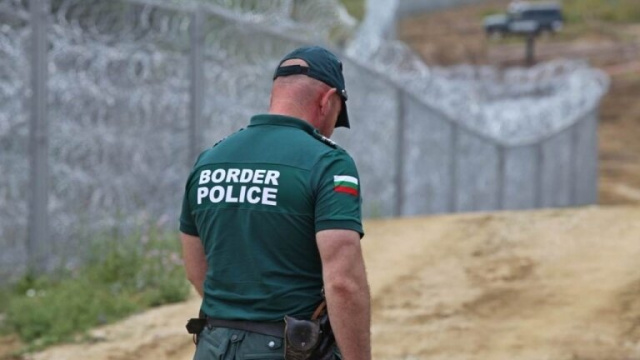 The Bulgarian Minister of Interior Boyko Rashkov plans to significantly increase the number of border guards. He has submitted a proposal for changes in the structural regulations of the Ministry of Interior, which create an opportunity to use the reserve of unallocated staff for the needs of the General Directorate of Border Police.

The strengthening of the protection of our state border is motivated by the forthcoming commissioning of the European Union Entry / Exit System (ETIAS) for its external borders and the Schengen area, established in 2017. It will also apply at our internal borders, where checks have not been removed, but with simplified procedures.

All member states must meet the requirements for the introduction of the system by September 2022.

The preparation for the commissioning of the system for Bulgaria is related to the reorganization of the working processes of the border checkpoints and the introduction of new equipment – construction of the national components for integration with the system at land, sea, river and air borders – 27 border checkpoints; construction of passenger terminals for border inspection of bus passengers; provision of new technical equipment at the borders – devices for taking biometrics and reserving the network devices providing access to the border checkpoints. At air and land border crossings with passenger terminals, the options for border checks in the conditions of ETIAS may include the installation of electronic counters for automated border control, reconstruction of existing border control booths, or construction of new, including additional lanes to check passengers. “This presupposes appropriate staffing of the work processes related to: border checks, protection of public order and security in the border area, reliability and efficiency of information and technological support of the system,” Rashkov‘s report said.

Now the regulations of the Ministry of Interior give the Minister the right to maintain a reserve of unallocated staff for civil servants and employees. It is used to optimize the number of structures in the event of a significant increase in their functional responsibilities or in case of extraordinary changes in the operational environment. To this end, there is a condition: there should be no vacancies in the relevant structure, and this is what prevents the strengthening of the Border Police, the minister explained in his report to the government and proposed its abolition.

The Border Police employs 6,880 people and it is “practically impossible” to have no vacancies, Rashkov wrote, explaining that some of them remain vacant for a long time because they require specialized training and qualifications. He gave an example with the engineering and flight staff of the Special Air Surveillance Detachment, IT specialists, the staff of the naval staff of the regional directorates of the Border Police in Burgas and Ruse and the specialists who maintain the state border and traffic surveillance systems auto transport technique. “The selection of suitable candidates takes a lot of time,” said Minister Rashkov.

As of the end of October 2021, 389.5 states were unoccupied in the Border Police, the report shows.

115 of them are for civil servants with higher education with a status under the Ministry of Interior Act, of which 33 are for managerial positions and cannot be transformed into the necessary positions to provide the Entry / Exit System. For 31 executive positions, competitions have been announced for promotion to a higher type and procedures for appointment to civil service in the Ministry of Interior. Eleven cadets graduating from the Academy of the Ministry of the Interior are expected to be appointed to the Border Police.

Some executive positions are the only ones in the respective units, which is why it is impossible to direct them for the purposes of the ETIAS, the minister wrote.

Another 33 positions are for civil servants with a status under the Civil Servant Act, 15 of which are being held or are pending appointment/reappointment procedures.

“The availability of vacancies of this type cannot serve as a basis for their compensatory reduction at the expense of increasing the number of civil servants with status under the Ministry of Interior Act, given the differences in status, powers, tasks, activities and qualifications of the two categories of civil servants in the Ministry of Interior”, explains Rashkov.

Another 207 positions are for civil servants with secondary education under the Ministry of Interior Act. Of these, 46 are to be appointed to relevant positions, 87 have been announced for competitions, and 74 such procedures are forthcoming in 2022. Another 17 positions are for those working under employment contracts, which are to be concluded.

According to Rashkov, it is not appropriate to use the resource from vacant positions in the regional directorates of the Ministry of Interior, “due to the forthcoming introduction of a model for their categorization and approval of a standard organizational structure in accordance with demographic changes, changes in the operational situation and crime.”

The deadline for public discussion of the project is 14 days.

Source: Bulgaria is Strengthening the Defense of its Borders – Novinite.com – Sofia News Agency