Published by Chief Instructor on September 24, 2021 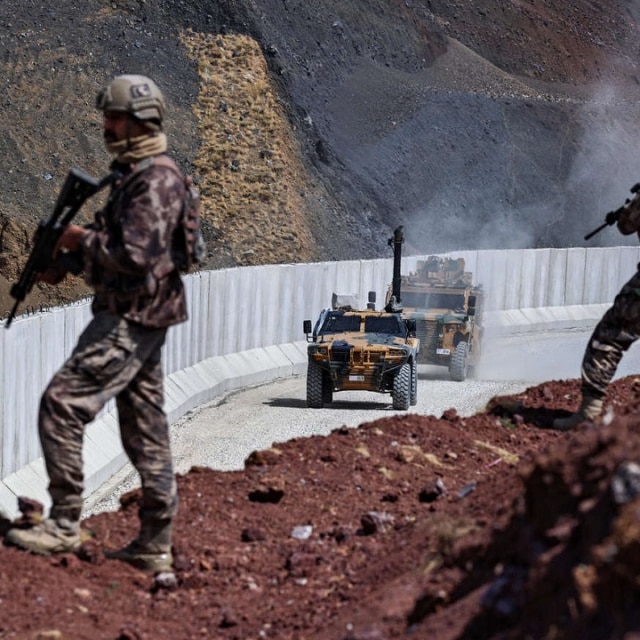 Some of the refugees fleeing the Taliban’s brutality in Afghanistan��are taking an arduous route across neighboring Iran to try and cross into Turkey. We met a family in the Turkish border city of Van who made it out of Afghanistan the night before the capital fell to the Taliban.

“I don’t have money, I don’t have food, I don’t have dresses, nothing,” said the mother. Her family doesn’t want to be identified, given how they made it into Turkey without permission, but they told CBS News that they blame the United States and its chaotic withdrawal from Afghanistan for their plight.

This is a modal window.

We’re sorry, this video cannot be played from your current location.

More than 2 million Afghans have already taken refuge in neighboring Pakistan and Iran, but those countries have closed their borders to new arrivals.

Now the Turkish government is working to stop a potential influx of Afghans by building a wall along its border. On the other side of that wall is Iran, which shares another border with Afghanistan.

The Afghans who survive the trek through Iran to the Turkish border, which can take weeks, will now be met with a wall of concrete slabs 10 feet high.

Ali Noorani, President and CEO of the Washington-based National Immigration Forum, told CBS News that the international community must act quickly to avoid a humanitarian crisis.

“If the international community does not pick up the pace of negotiations and ultimately implementing solutions [to resettle refugees], lives will be lost,” she warned.

The U.N. has said that as many as 500,000 more Afghans could flee their country this year alone, but resettlement pledges show many wealthy nations have little appetite to welcome the refugees in large numbers.

Canada and the U.K. have said they will take 20,000 refugees each. The European Union has avoided setting any targets, offering only financial support to Afghanistan’s neighboring countries, to help them resettle refugees.

The Biden administration has asked Congress for funding to help rehome 95,000 Afghan refugees by September 2022, and Homeland Security Secretary Alejandro Mayorkas said this month that he expected at least 50,000 to be resettled in the U.S.

“This is a very unique political moment for President Biden to reset the way that the American public sees the immigration system, much less the United States’ role in refugee resettlement,” suggested Noorani.”

But while governments around the world deliberate, the fate of thousands of Afghans remains in limbo.https:CBS News.com