Published by Chief Instructor on December 28, 2022 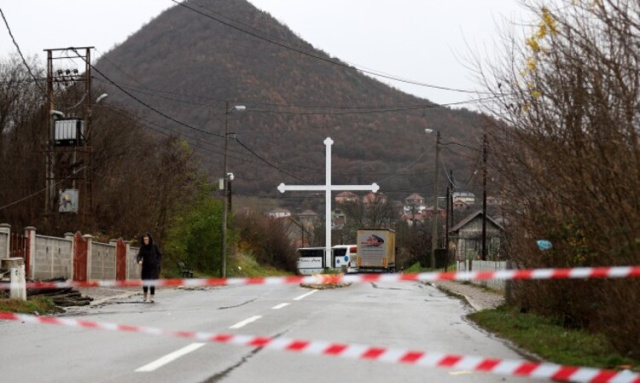 Kosovo closed its largest border crossing on Wednesday after protesters blocked it on the Serbian side to support Kosovo‘s ethnic Serbs in their refusal to recognize the country’s independence.

After two other points on the Serbian border were closed due to similar protests from the Kosovo side since December 10, only three entry points between the two countries remain open, adds “Reuters”.

The latest protest came hours after Serbia announced it had put its army on the highest alert following weeks of escalating tensions between Belgrade and Pristina.

Serbs in Serbia used a truck and tractors on Tuesday to set up the final roadblock near the Merdare border crossing on Kosovo‘s eastern border, Belgrade media reported.

The obstacle prevents thousands of Kosovars who work elsewhere in Europe from returning home for the holidays.

About 50,000 Serbs living in ethnically divided northern Kosovo refuse to recognize the government in Pristina or Kosovo‘s status as a separate state from Serbia. They have the support of many Serbs in Serbia and its government.

“If you have already entered Serbia, then you should use other border crossings… or go through North Macedonia,” Kosovo‘s foreign ministry said on its Facebook page, announcing the closure of the Merdare border crossing. The closure took effect at midnight, although by then the crossing was apparently already unusable.

The entry point “Merdare” is the most important for road freight transport to and from Kosovo. The country also has international rail connections.

The government in Pristina asked the NATO peacekeeping force in the country, KFOR, to clear the barricades. But KFOR has no authority to operate on Serbian territory.

Thousands of Polish citizens between the ages of 15 and 65 will undergo military training this winter, announced Minister of National Defense Mariusz Blaszczak, quoted by Anadolu Agency. In a televised address to the nation, he said as many people as Read more…