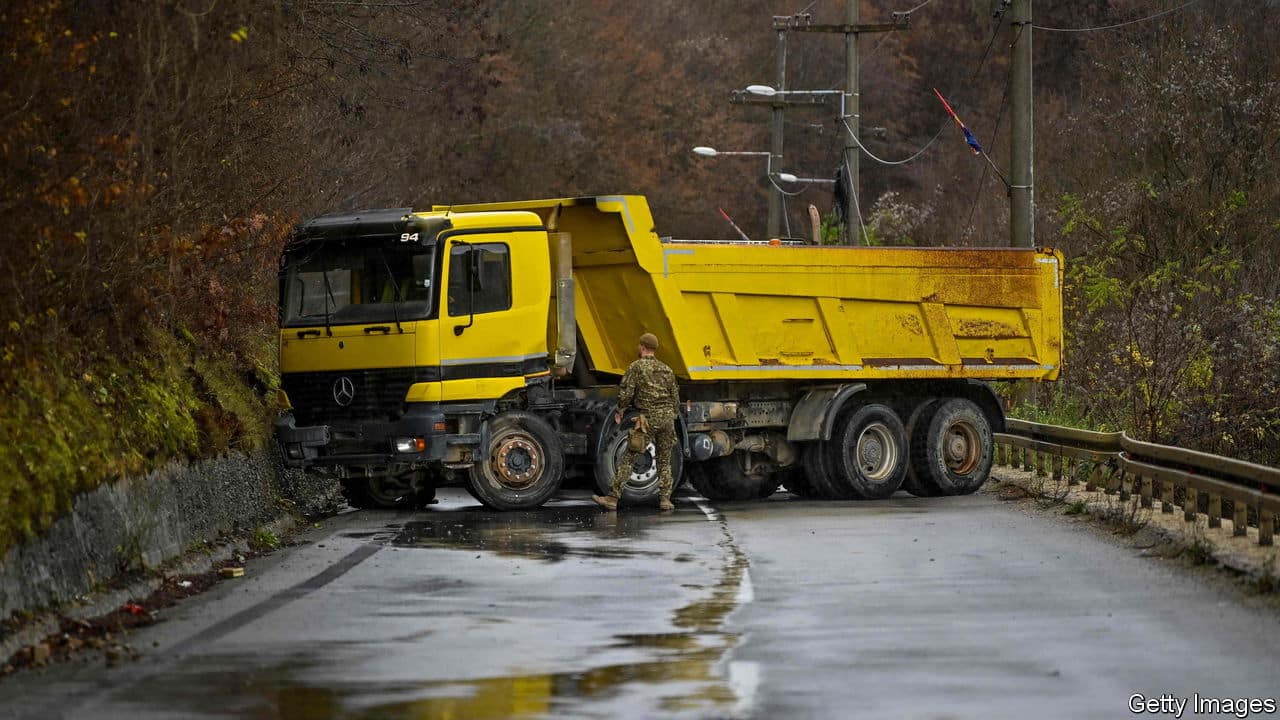 In the village of Rudare locals wander in the street and warm their hands on flaming braziers. Lorries block the road. A car disgorges a group of masked men. On December 10th barricades were erected across the north of Kosovo, where most inhabitants are ethnic Serbs. Diplomats from America and the European Union are working overtime to defuse an explosive situation. On the walls of the ethnic-Serbian part of the nearby divided city of Mitrovica, someone has been spray-painting the crest of a mysterious “Northern Brigade”. Whether it is a secret paramilitary organisation or a campaign to make people believe there is one—no one knows. “We are waiting!” says the stencil.

Since the end of the Kosovo war in 1999, crises have come and gone in the country’s north. Diplomats rush in, and the barricades come down. But this one feels more dangerous than usual. In November the representatives of Kosovo’s Serb minority withdrew from the country’s government institutions. That included the ethnic Serbian members of Kosovo’s police force in the north. Kosovo has sent ethnic Albanian policemen to replace them. But Tatjana Lazarevic, editor of KoSSev, a local news site, says they face “huge mistrust” among locals, who see them as an “occupying force”.

Source: Kosovo and Serbia are on the verge of conflict again

Thousands of Polish citizens between the ages of 15 and 65 will undergo military training this winter, announced Minister of National Defense Mariusz Blaszczak, quoted by Anadolu Agency. In a televised address to the nation, he said as many people as Read more…