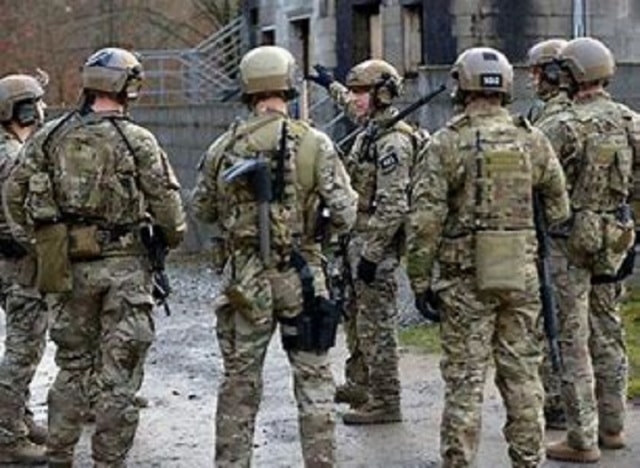 The US Embassy said in a statement   received by BTA on Saturday that it learned on May 28 of an incident that occurred during a military training exercise in  Cheshnegirovo (South Central Bulgaria). “As part of Exercise  Swift Response 21, between May 10-14, U.S. soldiers assigned to the 173rd Airborne Brigade conducted a training exercise to   simulate seizing and securing the Cheshnegirovo decommissioned airfield in Bulgaria,” the Embassy said.

“During the course of this exercise, soldiers simulated entering and clearing multiple bunkers and structures across the
airfield. On May 11, soldiers entered and cleared a building next to the airfield that they believed was part of the training area, but that was occupied by Bulgarian civilians operating a private business. No weapons were fired at any time during this interaction.

“The U.S. Army takes training seriously and prioritizes the safety of our soldiers, our allies, and civilians. We sincerely apologize to the business and its employees. We always learn from these exercises and are fully investigating the cause of  this mistake. We will implement rigorous procedures to clearly define our training areas and prevent this type of incident in the future,” the US Embassy in Sofia said.

Nova Television reported on Friday that on May 11, US troops burst into a factory making equipment for sunflower oil refineries, located in Plovdiv Region. Security camera footage showed seven uniformed servicepersons carrying assault rifles.
The factory is in the immediate proximity of the Air Base where a large-scale exercise was taking place.

Reacting on Saturday to media reports on the incident at Cheshnegirovo Air Base, the Defence Ministry said it had not received any formal alerts and complaints.

Later in the day, Defence Minister Georgi Panayotov said at a briefing that what happened during the military exercise was an
incident and an obvious misunderstanding.

He added that, as seen in the footage, the servicemen did not use any violence or brute force. Still, the incident is more than unpleasant because it points to some omissions, said the Defence Minister. He has ordered a probe, which is expected to be completed in a matter of days, and the media will be informed about the findings.

The incident was not made public earlier because it had not been reported, said Panayotov. Obviously, there are people in
positions of responsibility and servicepersons who must be held to account. Answering a question, he said the incident had not
been reported to the Military Police and the Defence Ministry’s leadership. Asked if the incident had been covered up since May
11, he said: “I myself heard of it when you did.” He said this was a case of not reporting information, not a cover-up.

Anton Kutev, the caretaker cabinet’s spokesperson, told national television on Saturday the factory owner had referred the
incident to the District and Military Prosecution Offices. “The incident will be investigated with the utmost urgency. US troops
worldwide are subject to probes, at least by the US Army, whose qualities hardly anyone doubts,” he said.

The US Embassy in Sofia said in a statement received by BTA late on Friday that it had learned of the incident at Cheshnegirovo
on the same day. The Embassy said it was looking into the alleged involvement of US troops and would fully cooperate with
any investigation. BTA