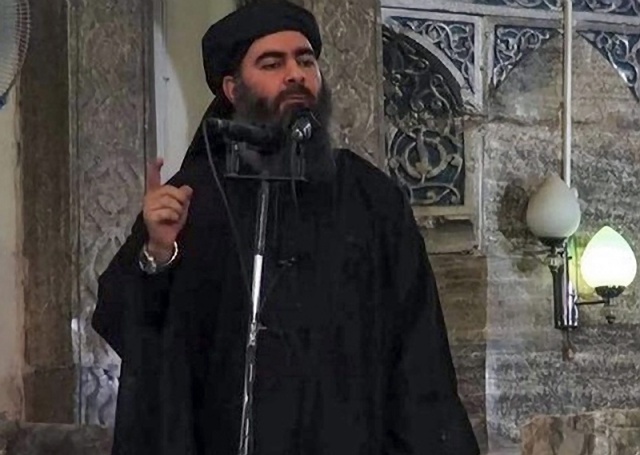 An undated file image of a frame from video released by the Islamic State group purportedly shows the caliph of the self-proclaimed Islamic State, Abu Bakr al-Baghdadi, giving a speech at an unknown location.

Earlier this week, the Syrian Observatory for Human Rights said it had “confirmed information” that Baghdadi had been killed, but Western and Iraqi officials have been skeptical.

“If we knew, we would tell you. Right now, I can’t confirm or deny it,” Mattis said.

“Our approach is we assume that he’s alive until it is proven otherwise, and right now, I can’t prove it otherwise.”Mattis added that a ceasefire in southwestern Syria was holding so far.

The United States, Russia and Jordan announced the ceasefire and a “de-escalation agreement” for the southwest after a meeting between U.S. President Donald Trump and Russian President Vladimir Putin at the G20 summit in Hamburg, Germany.

“What is happening further down in southwest is something that we will support obviously, but right now, we don’t have any equity in it, that is a State Department, diplomatic lead, President to President effort,” Mattis said.