The White House: Russia has deployed up to 7,000 additional Troops on the Border with Ukraine – Novinite.com – Sofia News Agency 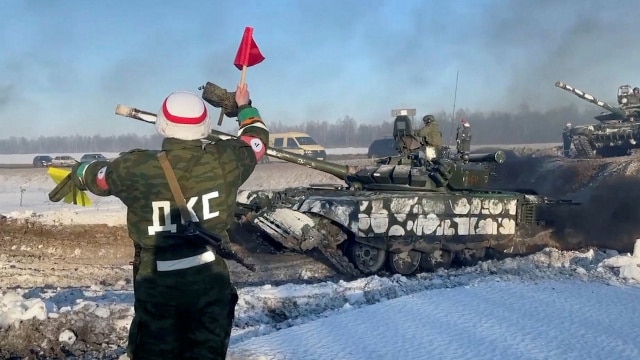 Russia has deployed up to 7,000 additional troops on the border with Ukraine, some of whom arrived yesterday, a senior White House official was quoted as saying by AFP.

The agency notes that the statement came after Moscow announced it had begun a partial withdrawal of its forces from the area.

Some Russian Troops are Withdrawing from the Border with Ukraine

“Russia says it wants to find a diplomatic solution, but its actions suggest otherwise. We hope it changes direction before a catastrophic and destructive war begins,” the White House spokesman said. He warned that Moscow could carry out an operation “at any time” to serve as a pretext for invading Ukraine.

It is possible that this pretext will take various forms, such as a provocation in Donbas or a false entry of Ukrainian forces into Russian territory, the anonymous source suggested.

US Vice President Kamala Harris will attend the Munich Security Conference later this week and will have a number of meetings on the sidelines of the forum, the White House spokesman said. On Friday, Harris will hold talks with NATO Secretary-General Jens Stoltenberg and the leaders of the Baltic states, and the next day with Ukrainian President Volodymyr Zelensky and German Chancellor Olaf Scholz.

“This will be a real opportunity to emphasize our commitment to Ukraine‘s sovereignty and territorial integrity,” he said.

Source: The White House: Russia has deployed up to 7,000 additional Troops on the Border with Ukraine – Novinite.com – Sofia News Agency