Published by Chief Instructor on December 19, 2022 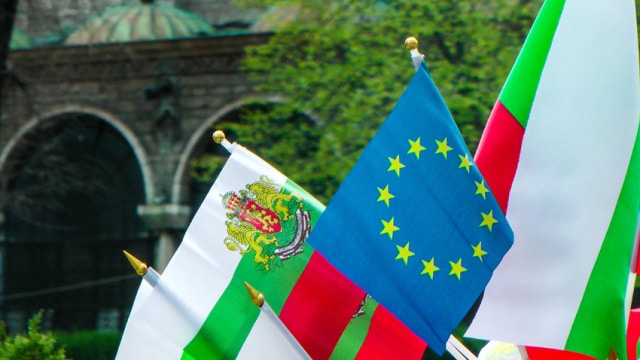 The European Union is the most preferred power for a partner among Bulgarians – both in the economic sphere (42%) and in the security sphere (40%). Bulgaria’s values are above the world average, placing it among the leading pro-European countries in the Balkans. This is shown by a public opinion survey conducted by the world association “Gallup International” in 64 countries, covering more than two-thirds of the world’s population and more than 90% of those countries in which there is freedom to conduct and publish public opinion surveys. .

The collective West (EU and US) remains more attractive both as an economic partner (58% of preferences worldwide) and as a security partner (59%). For comparison, China and Russia together receive 29% and 26% respectively. It is important to note that this two-to-one ratio holds, but without the voice of China – where research content is limited, as well as without some significant Arab and African countries – again for the same reason. Given these specifics, the actual division around the world is most likely equal between West and East, the data suggest.

The European Union is the most attractive economic partner with 31%, while the US retains the position of most preferred security ally at 33%. As already mentioned, however, these numbers are only valid for the part of the world surveyed and do not include Chinese public opinion.

According to the survey, while Russia ranks last among the four powers as an economic partner, it scores better on security partnership issues and ranks ahead of China.

Package preferences or not

For most of the societies studied, economy and security go hand in hand and the majority seek both from the same bloc – EU/US or Russia/China, but there are small exceptions that are essential. For example, while China appears to be the most preferred economic partner for the majorities in Yemen, Pakistan, Russia, Palestine, Iraq and Ethiopia, it appears that in none of the countries surveyed, the economic partnership with Russia could garner approval from a majority.

As for security partnership preferences – Russia is perceived as the most preferred potential partner in a dozen countries, while China is only in two – Russia and Pakistan, the data also show.

Opinions divided in some countries

In another dozen countries, public opinion is divided between the four superpowers in their preferences for an economic partner – Afghanistan, Cameroon, Greece, Indonesia, Ivory Coast, Kazakhstan, Libya, North Macedonia, Peru, Syria. In the field of security, examples of seriously divided publics are Afghanistan, Argentina, Bosnia and Herzegovina, Greece, Libya, North Macedonia, Peru, Vietnam, Yemen and the UAE. Public opinion in Great Britain is deeply divided in its assessment of the US and the EU as preferred partners in both areas – both in the economy and in security, the survey shows.

The EU is the most preferred power for a partner among Bulgarians – both in the economic sphere, according to 42% of the respondents, and in the security sphere – 40%. Bulgaria’s values are above the world average, placing it among the leading pro-European countries in the Balkans. Russia ranks second among Bulgarians‘ preferences for a partner power – with 20% for the economy and 24% for security, respectively. China is approved by the Bulgarians as a partner in the field of economy in 11% of the answers, and the USA – in 9% of the answers. A total of 12% in our country accept the USA as a security partner, and China – 3%, the data show.

“The big question is not whether there will be a new multipolar world order, but whether there will be a global order at all. As stated above, globalization has broken down into regionalization based on the perception of a common future – economic, political, military. But these new regions are not yet well defined and established – such is only the so-called collective West. The real challenge is not only how to carry out regionalization peacefully, but also how to avoid a bigger war“, commented the president of the Gallup International Association Kancho Stoychev on the study.

The survey was conducted in the 64 countries between August and October 2022, interviewing a representative sample face-to-face, by phone or online. The statistical margin of error in the survey is within ±3-5% confidence interval – 95%.

Source: Survey: The EU is the Most Preferred Power for a Partner among Bulgarians – Novinite.com – Sofia News Agency