Published by Chief Instructor on September 26, 2017 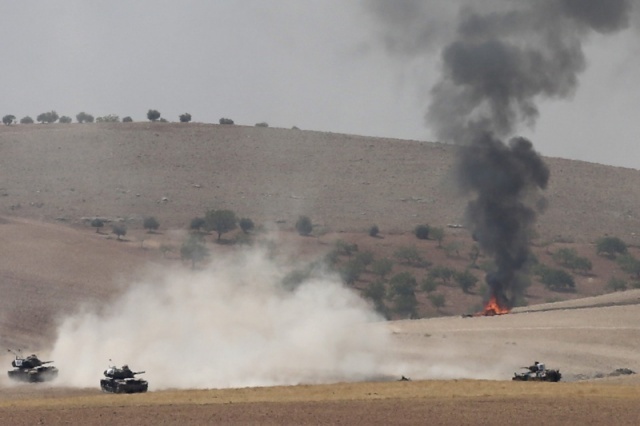 enies it Killed Civilians in Air Strikes on Syria’s Idlib

The Russian Defense Ministry on Tuesday denied allegations that its air strikes had killed civilians in Syria’s Idlib province, saying that in recent days it had only bombed Islamist militant fighters in the area, reported Reuters. Moscow said it was responding to assertions from the Britain-based Syrian Observatory for Human Rights, which on Monday said six civilians had been killed in the province, including a woman and a child.Turkish Foreign Minister Mevlut Cavusoglu criticized Moscow on Monday for the same reason, saying that recent Russian bombing in Idlib had killed civilians and moderate rebels and that this would be discussed with Russian President Vladimir Putin when he visited Turkey this week. Putin is expected to meet his Turkish counterpart Tayyip Erdogan in Ankara on Thursday for talks on Syria.

Major-General Igor Konashenkov of the Russian Defense Ministry said in a statement that the Russian and Syrian air forces did not bomb residential areas and accused the observatory of making up allegations and of sympathizing with radical Islamist militants.

“In the last few days, after drone reconnaissance and confirmation via other channels, Russian planes struck 10 terrorist targets in Idlib Province,” Konashenkov said.

“These were militant bases, ammunition stores, armored vehicles, rocket systems, and workshops fitting out ‘jihad jeeps’ which were located a long way from residential areas,” he said.

Konashenkov said Russia had data to confirm the accuracy of its attacks and the ministry on Tuesday published video of the strikes on Idlib to back its assertions that it had only bombed militant targets.The targets struck had taken part in a militant offensive on Sept. 18 which had surrounded 29 Russian military policemen who then had to be broken out in an operation backed by air power, he added.

US and Russian officials have begun space security talks in Vienna, after the United States and the United Kingdom accused Russia of having launched an anti-satellite weapon last week. Monday’s one-day dialogue, which had been Read more…

The Bulgarian army has reached the highest level of confidence in a decade, according to a Gallup International survey. Out of all state institutions the army has the highest approval rating – 53%. The approval Read more…