Published by Chief Instructor on January 11, 2023 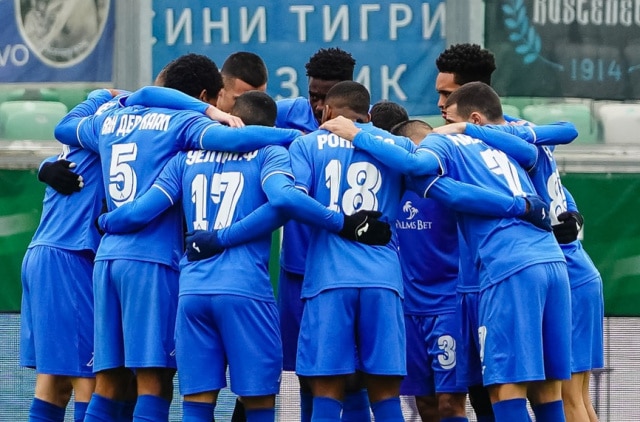 Three teams from Bulgaria violate the “football embargo” that European football has imposed on Russian clubs and will hold friendly matches with teams from Russia, it is clear from the Russian football calendar.

In addition to the Bulgarian teams: Levski Sofia, Botev Plovdiv and Arda Kardjali, other teams from North Macedonia and Bosnia and Herzegovina will kick the ball with the Russians.

The record holder in this regard is Levski Sofia, who has scheduled as many as three controls with Russian teams during their camp in Dubai – these are the teams of Krasnodar, Spartak Moscow and Ural Yekaterinburg. “Disgrace!” wrote the Polish official media “Sport” on the occasion of the arranged controls. Dissatisfaction with these matches with Russians has already been expressed by some of Levski’s supporters, and the scandal is already becoming international.

Russian football has been sidelined at club and national level due to the military aggression of the Russian Federation against neighboring Ukraine, which has been going on for almost a year now.

During the summer preparatory season, the Russian teams stayed in the country and held only domestic sparring sessions. In the winter they decided to travel internationally but they could not land in Europe, only in Turkey and the United Arab Emirates. In these countries, in addition to exotic teams from lesser football nations like – Kyrgyzstan, Tajikistan and Uzbekistan, the Russians have also arranged sparring partners from Europe.

“Spartak Moscow” has arranged an opponent from the European Union, even two: the Bulgarian “Botev” – Plovdiv and “Levski”. “Dynamo Moscow” will also play with Europeans from Kardjali. The Moscow club will meet with “Arda” – Kardjali. The foreign media note that the upcoming meeting does not cause emotions in the sports press in Bulgaria, where they are happy that the Kardjali team will play with a “Russian giant”. After the Bulgarians, Dynamo will have a match with “Borac” – Banja Luka, Bosnia and Herzegovina.

The Russian CSKA, for its part, informed on its website that it will hold meetings with FC Shkupi from North Macedonia. In Skopje, for now, there is silence about this match, although the position of North Macedonia regarding the war in Ukraine is unequivocal. CSKA will also play the Serbian “Partizan”, but unlike the matches with the Bulgarian clubs, this is not so shocking given the close friendly relations between Belgrade and Moscow.

The Bulgarian Christo Grozev, an investigative journalist from “Bellingcat“, declared wanted by Russia, will be heard in the Bulgarian parliament today. Yesterday afternoon he received an invitation to speak in front of the parliamentary committee for control over the services. On Read more…