Published by Chief Instructor on December 16, 2022 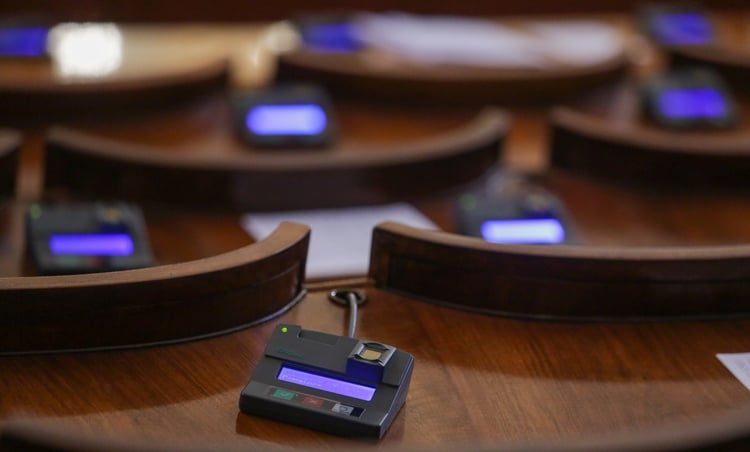 Parliament adopted conclusively a bill to ratify an agreement between the Defence Ministries of Bulgaria and Ukraine on aid including arms, equipment and ammunition. The ratification of the document was supported by 166 MPs and 48 were against. BSP for Bulgaria and Vazrazhdane called for the rejection of the ratification bill.

The list of armament will not be gazetted, the MPs decided.

BSP for Bulgaria called for declassifying and publishing the list but the proposal was rejected on 48-162 votes with 4 abstentions.

BSP for Bulgaria floor leader Kornelia Ninova said after the vote that “obviously, there is a coalition of war in the plenary hall.

She urged President Rumen Radev to veto the ratification.

She also said that the vote reduced the powers of Parliament and went against the Constitution, since the minister signed a treaty saying that that annexes to it are not subject to parliamentary ratification.

Angel Georgiev MP (Vazrazhdane) said that “with these weapons, people will die and you will bear the moral responsibility”.

The “for” and “against” groups went on to debate extensively whether or not the list of the military aid should be classified. The Socialists argued that all other countries providing military assistance to Ukraine say publicly what they provide, while Bulgaria keeps it a secret from its people.

Vazrazhdane said that “we give little because we have little, because our army is at the limit of its capability to maintain basic equipment”.

Democratic Bulgaria argued that MPs of all groups have seen the list and all political groups are quite informed.

GERB-SDF pointed out that some issues are not discussed in public. They also said that foreign intelligence knows what Bulgaria is sending to Ukraine.