On the Eve of Pope Francis’ Visit: Strict Security Measures in Sofia

Published by Chief Instructor on May 6, 2019 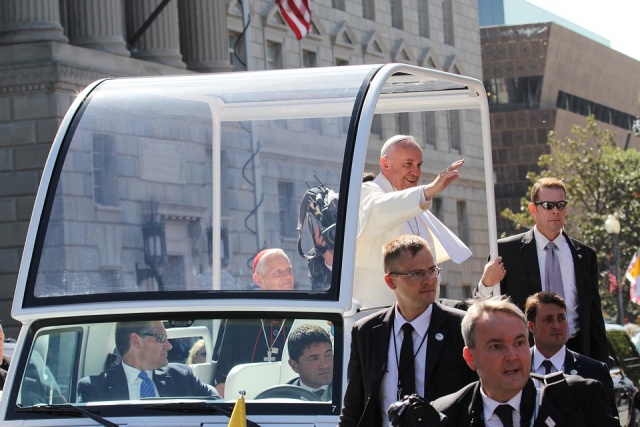 Hours remain until Pope Francis’ visit to Bulgaria. Last preparations are running in the places the Holy Father will visit.

Pope Francis will arrive at 10 am and will be welcomed at the airport by Prime Minister Boyko Borissov. The two of them will meet in four eyes.

After the meeting with Borissov, the pope will head to the presidency where he will meet President Rumen Radev and representatives of the diplomatic corps.

At 13 o’clock the Pope will visit the temple-monument “St. Alexander Nevsky”.

Due to the increased security measures, the center of Sofia will be blocked in the triangle between the monument “St. Alexandr Nevski, the National Assembly and the Presidency.