Published by Chief Instructor on April 26, 2022 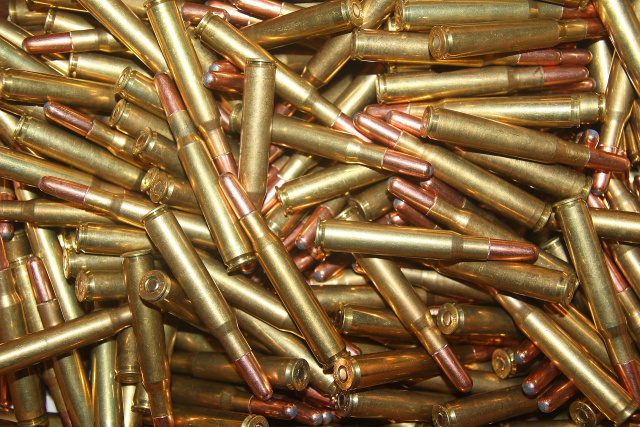 Bulgaria and five other countries sell Soviet weapons and ammunition to Ukraine through the US company Ultra Defense Corp., based in Tampa, Florida, according to an analysis by the New York Times. The company works with arms factories in Bulgaria, Romania, Bosnia, Serbia, Slovakia and the Czech Republic, which provide the so-called “non-standard ammunition“. They are not by US and NATO standards but are used by armies such as the Ukrainian and those that rely on Soviet weapons.

These countries provide about 90% of all non-standard ammunition that the Pentagon buys to help countries it supports. The Pentagon’s program for non-standard munitions was created after a 2008 article in the New York Times, in which journalists revealed illegal sales of defective Chinese ammunition to US allies in Afghanistan, although China is on the list of countries for which there is an embargo.

According to the New York Times, the current president of the Ultra Defense Corp. Matthew Herring is in Poland near the border with Ukraine, where he is researching what ammunition and weapons his company can supply. Yesterday, Bulgarian oppositional party GERB showed bills of lading for two flights that transported weapons by Ukrainian plane to a Polish company, and the shipment was delivered to an airport 100 kilometers from the border.

At present, Bulgaria has not made a political decision on whether to officially help Ukraine with weapons and ammunition. This is also a reason for political attacks, as yesterday the leader of GERB Boyko Borissov announced that we have been supplying such goods to Ukraine through intermediaries for a long time, and the Deputy Prime Minister and Minister of Economy Kornelia Ninova accused him of lying.

Meanwhile, Prime Minister Kiril Petkov called on Bulgarians, until a political consensus is reached on the issue, to help Ukraine financially by transferring money to a bank account, in order for the country to purchase ammunition.

Yesterday it was also agreed that today the Minister of Defense Dragomir Zakov will take part in a discussion on Ukraine, which will be held at the US base “Ramstein” in Germany and will be attended by US Secretary of Defense Lloyd J. Austin.

On Sunday, US Secretary of State Antony Blinken announced in Kyiv that Ukraine would receive direct and indirect military aid worth more than 0 million. Another 0 million will go to other NATO members.

The new funding is different from previous US aid to Ukraine – it does not include weapons from US military depots, but money that countries can use to buy the weapons they need.

In addition, Washington has approved the sale of 5 million worth of ammunition.