Published by Chief Instructor on February 19, 2022 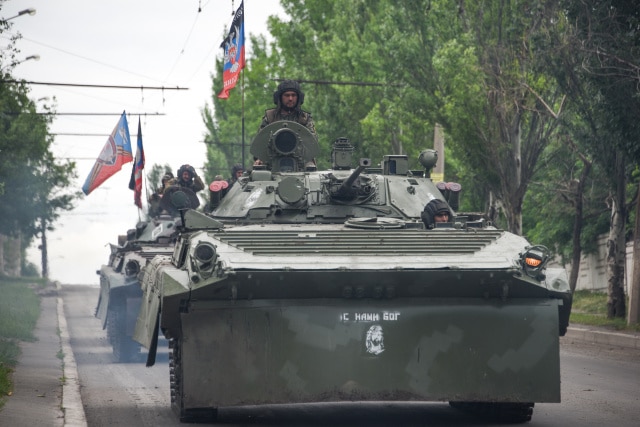 Leaders of Russian-backed separatist regions in eastern Ukraine announced a general military mobilization today after yesterday ordering women and children to be evacuated to southern Russia over the threat of conflict, Reuters reported.

The leader of the self-proclaimed Donetsk People’s Republic (DPR), Denis Pushilin, said in a video statement that he had signed a mobilization decree and called on men “capable of holding weapons” to appear at military commissariats.

Shortly afterwards, a similar decree was signed by the leader of the self-proclaimed Luhansk People’s Republic (DPR), Leonid Pasechnik.

Yesterday, separatist authorities announced plans to evacuate about 700,000 people amid fears of an impending attack by Ukrainian forces – accusations that Kyiv has vehemently denied.

About 7,000 people have been evacuated from Donetsk so far this morning, the local emergency ministry said.

The Ukrainian military said it had registered 12 violations by separatists of the agreed truce this morning after 66 such violations had taken place during the previous day.

The separatist authorities, for their part, said Ukrainian forces had fired artillery at several villages in their areas today.

The two sides in the confrontation have repeatedly accused each other of violating the truce.