Published by Chief Instructor on October 27, 2018 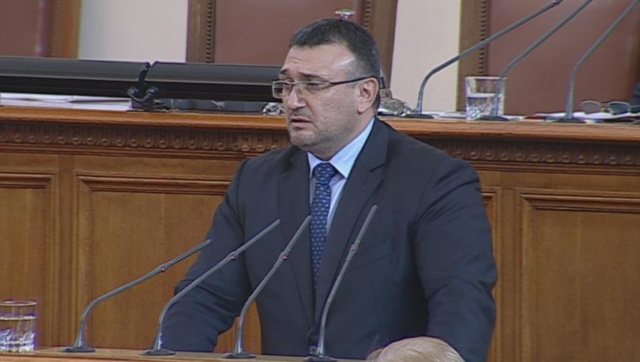 There has been an increase in attempts to illegally cross Bulgaria’s border with Turkey and Greece, as well as an increase in the number of prevented attempts for the period from August to October 24, Interior Minister, Mladen Marinov, said during Parliament’s question time on 26th of October.

According to him, 2,416 persons were reported to have attempted to cross the Bulgarian border illegally or were subsequently detained for this period.

The Interior Minister said that this increase is related to weather conditions and it is normal the attempts for illegal crossings during this period to increase, reports BNT.

Therefore actions have been taken to send resources and funds from other border police directorates along the Bulgarian-Turkish and Bulgarian-Greek borders.

According to data provided by Marinov, from 1 January to 31 July, a total of 1,864 people tried to illegally enter the country, from which 1,375 illegal attempts were prevented, 160 were detained and 329 were detained by the neighbouring countries’ border authorities. He added that over the same period last year, 3,122 people had tried to illegally to cross the border. He noted that for the whole of 2017, 6,904 people in total tried to illegally cross into Bulgaria.

Minister Marinov also said that the Ministry of Interior has good interaction with the Turkish border authorities.

Regarding crimes during the summer season at the Bulgarian seaside, Marinov said there was a decrease of the registered crimes and increased detection of the crimes committed during the season in the resorts.

He noted that this year additional 933 police officers were seconded to the seaside resorts, and the largest number, 759, were sent to the regional directorate of Bourgas.

According to statistics presented by the Minister for the period between May and September 2018, a total of 1,607 crimes were registered in the district police offices of Nesebar, Pomorie, Sozopol, Primorsko and Tsarevo. In 2017, they were 2,045.

He also reported a reduction in crimes against people as well as an increase in the detection of drug-related crimes.

In relation to a question by an MP about the prevention of the spread and use of so-called “Designer Drugs”, the Minister replied that a police work programme was developed in schools and that joint action with teachers and parents was undertaken in the surrounding areas.

He added that an inter-ministerial working group on the counteraction, dissemination and use of narcotic substances was set up to develop a national strategy for the period 2019-2023.