Published by Chief Instructor on December 7, 2022 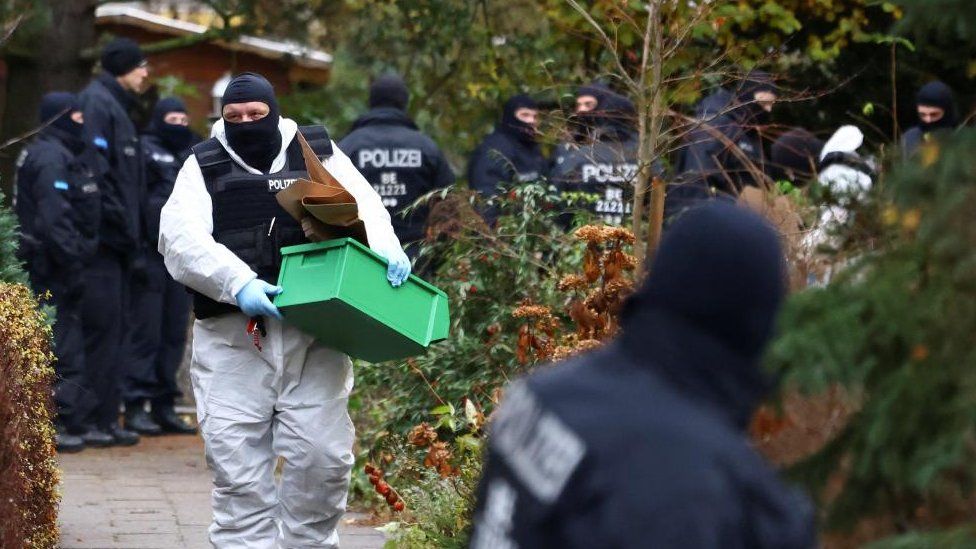 Twenty-five people have been arrested in raids across Germany on suspicion of plotting to overthrow the government.

German reports say the group of far-right and ex-military figures planned to storm the parliament building, the Reichstag, and seize power.

A minor aristocrat described as Prince Heinrich XIII, 71, is alleged to have been central to their plans.

According to federal prosecutors, he is one of two alleged ringleaders among those arrested across 11 German states.

The plotters are said to include members of the extremist Reichsbürger [Citizens of the Reich] movement, which has long been in the sights of German police over violent attacks and racist conspiracy theories. They also refuse to recognise the modern German state.

An estimated 50 men and women are alleged to have been part of the group, said to have plotted to overthrow the republic and replace it with a new state modelled on the Germany of 1871 – an empire called the Second Reich.

“We don’t yet have a name for this group,” said a spokeswoman for the federal prosecutor’s office.

Three thousand officers took part in 130 raids across much of the country, with two people arrested in Austria and Italy. Those detained were due to be questioned later in the day.

Justice Minister Marco Buschmann tweeted that a major anti-terror operation was taking place and a suspected “armed attack on constitutional bodies was planned”.

The federal prosecutor’s office said the group had been plotting a violent coup since November 2021 and members of its central “Rat” (council) had since held regular meetings.

They had already established plans to rule Germany with departments covering health, justice and foreign affairs, the prosecutor said. Members understood they could only realise their goals by “military means and violence against state representatives” which included carrying out killings.

Investigators are thought to have got wind of the group when they uncovered a kidnap plot last April involving a gang who called themselves United Patriots.

They too were part of the Reichsbürger scene and had allegedly planned to abduct Health Minister Karl Lauterbach while also creating “civil war conditions” to bring about an end to Germany’s democracy.

The latest plot is also said to have involved a former far-right AfD member of the lower house of parliament, the Bundestag, who was lined up to be installed as the group’s justice minister, with Prince Heinrich as leader.

Heinrich XIII comes from an old noble family known as the House of Reuss, which ruled over parts of the modern eastern state of Thuringia until 1918. All the male members of the family were given the name Heinrich as well as a number.

As well as a shadow government, the plotters allegedly had plans for a military arm, with active and former members of the military a significant part of the coup plot, according to reports. They included ex-elite soldiers from special units. The aim of military arm was to eliminate democratic bodies at local level, prosecutors said.

One of those under investigation is a member of the Special Commando Forces, and police searched his home and his room at the Graf-Zeppelin military base in Calw, south-west of Stuttgart.

The French embassy reacted sharply to a racist post by the leader of “Vazrazhdane” Kostadinov Kostadinov after the semi-final of the World Cup between France and Morocco. In a Facebook post on December 14, Kostadinov wrote: “I’m confused! Who Read more…

The mayor of Bulgaria’s capital city Sofia, Yordanka Fandukova, issued an order banning a December 10 march officially billed as “Peace Neutrality Sovereignty” but which on social networks was titled “We are not neutral. We Read more…