Ex-Chief of Pentagon: US Should Deploy More Troops in Bulgaria and Romania – Novinite.com – Sofia News Agency

Published by Chief Instructor on April 14, 2021 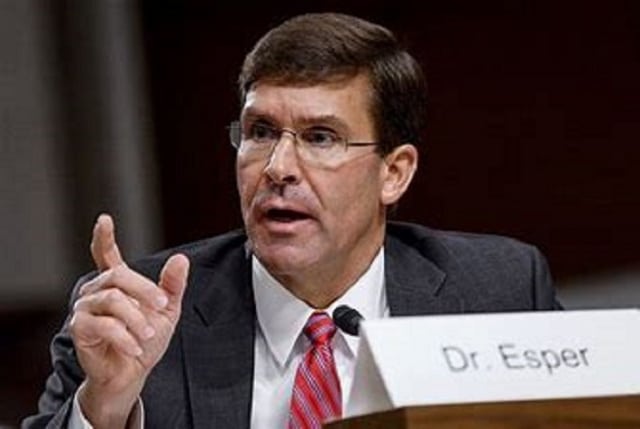 Former Secretary of Defense Mark Esper says the United States should deploy more troops along the Black Sea in Bulgaria and Romania to deter potential aggression from Russia as tensions between Moscow and Washington heat up.

Esper, now a fellow at the McCain Institute for International Leadership at Arizona State University, said “I think we need to continue to stand up to Russia and trying to deter their bad behavior.”

Washington should look to reassure European allies and boost the NATO alliance by deploying more forces in Poland, “into the Baltics, if it makes sense, and places like Romania and Bulgaria, if not on a permanent – on a rotational basis,” Esper said in an interview with Reuters on Tuesday.

President Joe Biden called on Russian President Vladimir Putin on Tuesday to reduce tensions stirred by a Russian military build-up on Ukraine’s border and proposed a summit of the estranged leaders to tackle a raft of disputes.

Russia seized Crimea from Ukraine in 2014 and fighting has increased in recent weeks in eastern Ukraine, where government forces have battled Russian-backed separatists in a seven-year conflict that Kyiv says has killed 14,000 people.

When he was running the Pentagon last year, Esper advocated a similar shift as former President Donald Trump announced his intention to cut the U.S. troop contingent in Germany by about a third, saying Berlin had been taking advantage of the United States while not meeting financial obligations to NATO.

The United States announced on Tuesday that it will ramp up its forces in Germany amid the latest tensions with Russia over Ukraine, abandoning Trump’s plan to withdraw around 12,000 of the 36,000 U.S. troops there.