“Democratic Bulgaria”: A Pro-Russian March is being prepared in Sofia, agitating for a Coup d’état

Published by Chief Instructor on December 9, 2022 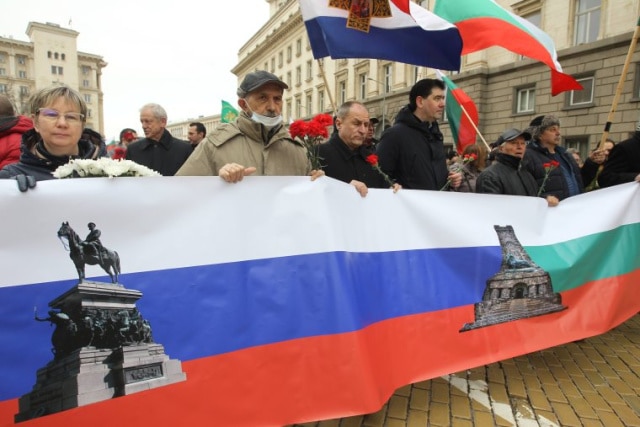 Bulgarian media “OFFNews” reports disturbing information that a “rally in support of Russia” is planned, which will turn into a “festive civil procession” under the title “We are not neutral! We are for Russia! The victory is ours!”. In the invitation to attend, published on social networks, the following is written: “Let all those who love Bulgaria and Russia (because we are inseparable parts of one whole)…“.

This is what the municipal councilors from the political party “Democratic Bulgaria” in the Sofia Municipal Council are alarming in a letter to the Mayor of Sofia, Yordanka Fandakova.

“We appeal to you to use your powers under Article 12, Paragraph 2 of the Law on Assemblies, Rallies and Manifestations and to impose a ban on holding both the rally and the procession. We are convinced that there are undoubted data, that the two events are aimed at a violent change of the constitutionally established order or against the territorial integrity of the country, which obliges you to prevent them. Evidence of this is the aforementioned statement that Bulgaria and Russia are inseparable parts of one whole” – argue the municipal councilors from DB.

“We are convinced that terrorist appeals and demonstrations should not be allowed in the center of European Sofia. Also, with Russia‘s treacherous aggression against independent Ukraine and the massacre of its people, at a time when women and children are forced to suffer without light and heat, is unacceptable to have a ‘festive procession’ and support for the murderers” – also state the municipal councilors from “Democratic Bulgaria“.

Source: “Democratic Bulgaria”: A Pro-Russian March is being prepared in Sofia, agitating for a Coup d’état – Novinite.com – Sofia News Agency