Bulgaria’s PM Borissov in Ankara: Turkey is Our Partner on NATO’s Southern Flank 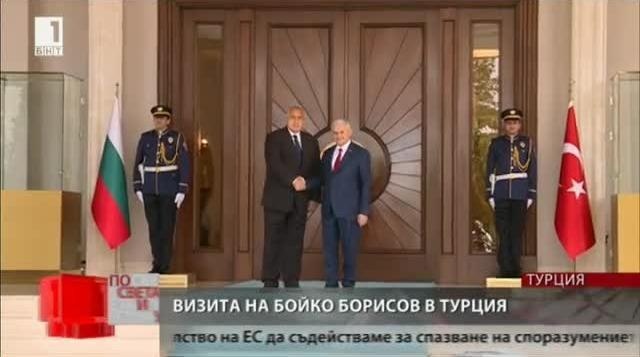 Bulgaria’s Prime Minister Boyko Borisov was on a visit to Turkey, where he met with Turkish President Recep Erdogan and Prime Minister Binali Yildirim on 13th of June, BNT reported. During the meetings in Ankara, he expressed Bulgaria’s strong desire to work actively on improving the EU-Turkey relations.

“It should not be forgotten that Turkey is our partner on the southern flank of NATO,” Borissov also said.

On Turkey’s part, PM Borisov received gratitude for Bulgaria’s strong solidarity during the coup attempt in July last year and assurances that Turkey would continue to be a friend and active partner of Bulgaria in all spheres of politics and economy.

Turkish newspaper Millelet said the meeting was closed for the media and lasted for an hour and 10 minutes.“Bulgaria is a very important neighbour, friend and ally of Turkey,” Yildirim said.

He noted that the two countries had a stable relationship, which was beneficial to the two peoples. “We highly appreciate your categorical solidarity during the July 15th attempted coup.

You were the first to come to Turkey shortly after,” the Turkish Prime Minister said.