Published by Chief Instructor on February 28, 2021 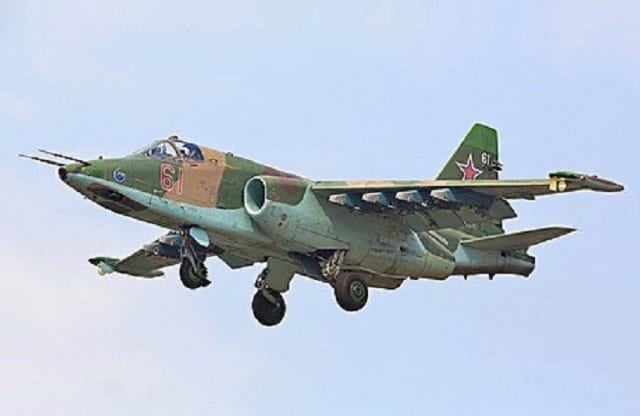 “This Friday is a good day for our aviation. At Bezmer Airport, we have eight Su-25 aircraft in full fighting trim and ready to perform combat flights. Two years ago we were faced with the prospect of not having any of them, and they are a major tool of our airfleet”, said Defense Minister Krasimir Karakachanov.

The minister inspects on-site the repaired and renovated Su-25 aircraft at the airbase.

He added that due to the Air Force commanders and the initiative of the air base management, a contract was concluded for the repair and modernization of eight of the existing aircraft. Today they are ready.

“An army is not built with empty political talk. For many years, we haven’t had eight SU-25 aircraft in fighting trim. It is a machine that is absolutely compatible with NATO aviation,” the Defense Minister explained.

“There were many skeptics who said we don’t need old Russian planes. I’ve always thought our planes cannot be described as “Russian”. Once they are paid by the Bulgarians – they are Bulgarian”, pointed out Krasimir Karakachanov.

This provides greater situational awareness to the pilot for the performance of the combat tasks and significantly expands the possibilities for the use of missile armaments. Radio systems are replaced by new ones that allow simultaneous connection and listening at two frequencies, including contact with land and sea force.

The new systems make the restored Su-25 more combat capable and much more effective in carrying out the tasks of providing immediate aviation support, isolating the combat area and assisting the force of the land and naval units.

The eighth upgraded Su-25 assault aircraft was delivered on February 11 to Bezmer Air Force Base. He is the last of this batch to undergo an overhaul at the 558 Aerorepair plant in Baranovichi, Belarus.

The Sukhoi Su-25, NATO reporting name: Frogfoot) is a single-seat, twin-engine jet aircraft developed in the Soviet Union by Sukhoi. It was designed to provide close air support for the Soviet Ground Forces. The first prototype made its maiden flight on 22 February 1975. After testing, the aircraft went into series production in 1978 at Tbilisi in the Georgian Soviet Socialist Republic.