Published by Chief Instructor on September 29, 2021 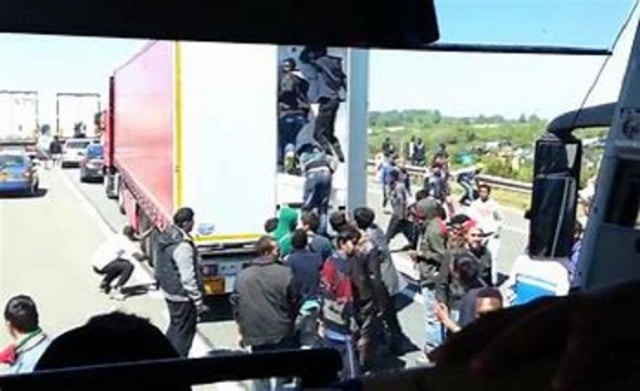 truck with 55 migrants onboard was caught on the Trakia highway, the Appellate Prosecutor’s Office reports.On Tuesday around 11:00 am the truck was stopped for a routine checkup.

after opening the luggage compartment, foreign citizens were found. All are migrants from Afghanistan.23 of them are under 16.The 28-year-old driver is from Burgas. During the interrogation, he explained that he had to transport the foreigners to Sofia. He was promised BGN 150 per person.The case is under investigation. The truck was seized. The driver was qustioned in the capacity of the accused and was detained under a procurator’s order for 72 hours. Pre-trial restriction in the form of detention in custody will be requested from the court.