Published by Chief Instructor on February 26, 2019 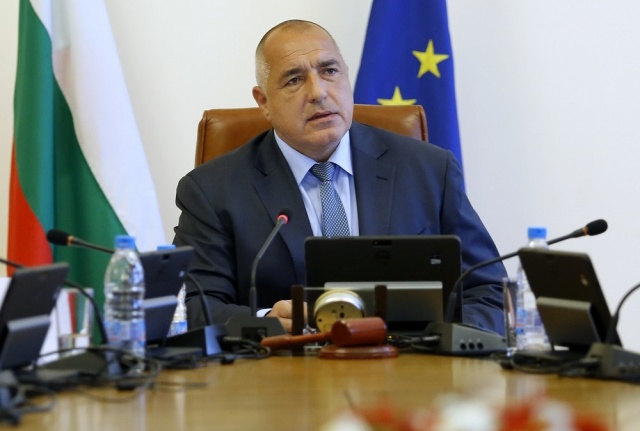 In recent years, work against smuggling has been a priority. These are hundreds of millions more in the budget, Prime Minister Boyko Borisov said on the presentation of the results of the fourth quarter of 2018 on the trends and levels of illicit cigarette trade from the empty packs study.

According to him, reports from the Finance Ministry show similar results.

“This gives an opportunity to raise teachers’ salaries, the police, judges, prosecutors and everyone else,” said Borisov, adding that political will is important.

“It is also important that the MoI, the border police, the tax police have the capacity to do their job successfully,” he said.

Prime Minister Borisov pointed out that besides most of the budget money collected from excise duties, the smuggling of sugar products, meat and other excise goods is very serious.

The prime minister said fuel is being controlled under the same scheme. Borisov is convinced that the new regulation on video surveillance will help in the fight against smuggling in this sector.

“I expect the fuel sector to bring the business in white because those with cigarettes that have not complied are already in custody. The regulation on video surveillance will now come out and they have already begun to squeak. Because you can not want to do me prophylactics when it comes to tankers, let’s say. It should be done before. Total video surveillance will be on the ports, “said Borisov.

“I really hope that if the oil and gas association, small and medium-sized gas stations, the non-governmental sector and organizations can monitor everything we do. Our goal is to minimize the subjective human factor. We already have 100% control over ports, refineries. I am convinced that within a few months the fuel results will be the same, I can promise you. Those who have not complied with the cigarette business are in detention. My advice to everyone is the quickest way to bring their businesses in white, “the Prime Minister commented.

“The resistance is great. Everyone wants if he can give 3 leva for one box of cigarettes instead of 6 leva. The same people, however, want their pensions and wages to increase. So my appeal to the fuel theme – because it is up to date – is that associations should do so to implement the regulations. With those who did not follow the other branches, you saw what happened. The moment is that the state is disciplined, “Borisov said. “We use all measures to maximize the sector,” he commented.

Chief Prosecutor Sotir Tsatsarov said that good statistics are a fact thanks first of all to the understanding during this period of factories for the production of illegal tobacco products, whose industrial capacity and way competed with the legal producers.

Additionally, amendments to the Penal Code have been adopted, which have allowed the production and distribution of smuggled cigarettes in any form to be criminalized.

The main conclusions are that the fight against illegal cigarette trade is a clear government priority and this fact gives positive results in terms of revenues from excise duties on tobacco products in the budget: from BGN 2 304 billion in 2016, BGN 2 238 billion in 2017, to 2,536 billion levs in 2018, which is a record high, representatives of the “Anti-Trafficking Initiative” said.