Published by Chief Instructor on December 24, 2021 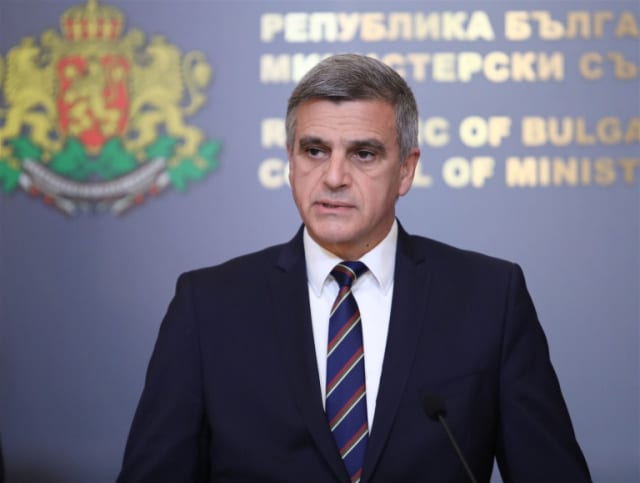 Bulgaria is an active member of NATO and as such cannot be the subject of foreign decisions. This was stated for BTA by the Minister of Defense Stefan Yanev in his first interview after taking over the leadership of the Ministry of Defense. According to him, Bulgarian politicians must learn to act as an entity in terms of the need to protect the national interest and bring it in line with the common interest at NATO level.

Bulgarian Defense Minister Against the Deployment of NATO Troops in Bulgaria

Yanev commented on his position, published a few days ago on Facebook, regarding the possible deployment of additional NATO troops on our territory and specified that he had expressed a personal opinion in his capacity as Minister of Defense.

Leader of Democratic Bulgaria: Stefan Yanev has to Explain his Position on NATO in Parliament

The Minister of Defense stressed that we need to develop our own capabilities, recalling that as a member of NATO we are committed in this regard. Yanev pointed out that without developing our own capabilities, we will not be able to protect our national interest and respond adequately to what we are called to do – to ensure the security of Bulgarian citizens.

Bulgarian Prime Minister Petkov: There will be No ‘State Security’ Agents in the Government

According to Yanev, the fate of the modernization project for armored combat vehicles for the Land Forces must be decided as soon as possible. “Our goal will be to start it as soon as possible – in the best possible way, both from a legal point of view and from the point of view of protecting the Bulgarian economic interest in the participation of Bulgarian companies, if not in full production, at least in partial production and subsequent maintenance of this type of equipment “, added the Minister.

Asked about his balance as prime minister in two successive caretaker governments, Yanevcommented that there were many difficult moments because they managed several parallel crises along with the organization of the National Assembly elections.

“It wasn’t easy at all, after all – we tackled a lot of challenges because we acted as a team, which was a major challenge for me because the composition of both caretaker governments was made up of people with different histories, different experiences, different worldview, political biases”, he pointed out.

“In the end, we showed that the state can be governed in a transparent and easy way to explain to the public,” Yanev added. He outlined the legacy left by the cabinets – at the moment both the society and the government, the state administration, are prepared for appropriate and appropriate reforms.