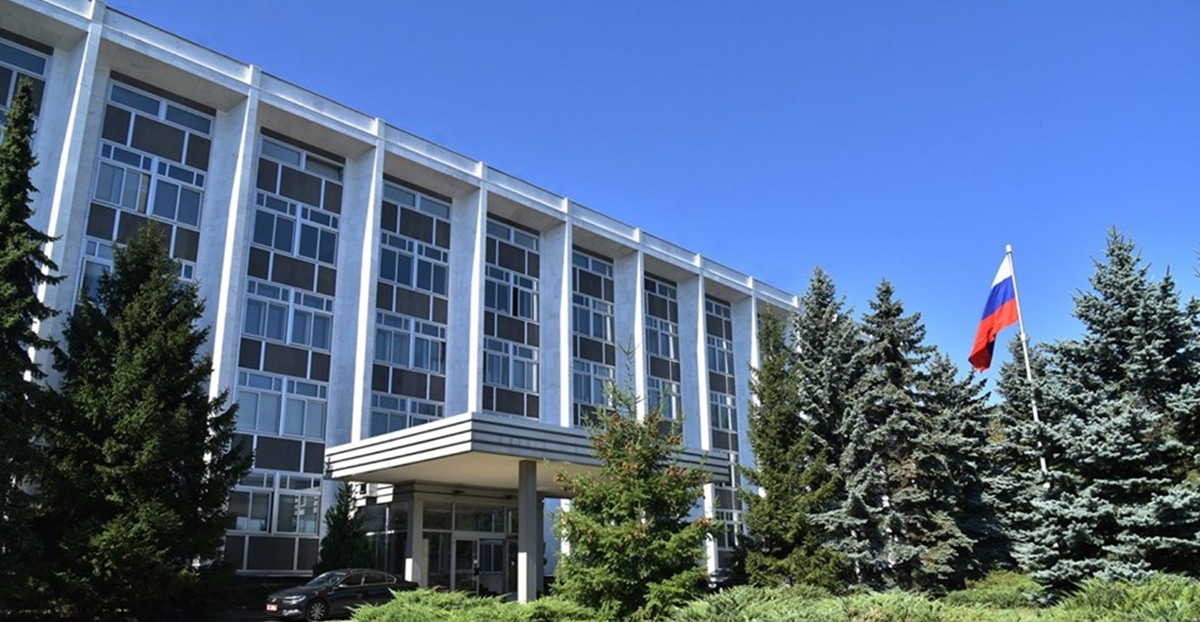 Bulgaria’s Foreign Ministry has notified the Russian embassy in Sofia that it has declared two Russian diplomats persona non grata and given them 72 hours to leave the country, Foreign Minister Ekaterina Zaharieva said on Twitter on March 22.

Earlier, Bulgaria’s Prosecutor-General Ivan Geshev sent a letter to Zaharieva giving notice that two Russian diplomats had been found to be committing espionage, the Prosecutor’s Office said on March 22.

The Prosecutor’s Office statement said that pre-trial proceedings had been initiated following a report from Bulgaria’s State Agency for National Security.

“In the course of the investigation, it was established that two citizens of the Russian Federation had carried out unregulated intelligence activities incompatible with diplomatic relations. It was also established that the two Russian citizens enjoyed diplomatic immunity under the Vienna Convention on Diplomatic Relations.”

Public broadcaster Bulgarian National Television said that according to its information, those being expelled were the first and second secretaries at the Russian embassy.

The statement follows the announcement on March 19 by the Prosecutor’s Office that six Bulgarians, including serving and former members of Military Intelligence, had been arrested for selling Nato and Bulgarian state secrets to Russia. The March 22 statement did not specify whether there was a direct connection between the two Russian diplomats and the alleged spy ring.

Of the Bulgarians whose arrest was announced on March 19, five have been remanded in custody pending trial and one is out on bail.

This is the latest in a series of incidents involving Bulgaria saying that it had found Russian diplomats committing espionage.

This past weekend, Bulgarian Prime Minister Boiko Borissov said that his country would protect its national security and called on Russia to cease its espionage activities against Bulgaria.

Following the arrests of the Bulgarians alleged to have operated as a spy ring, Bulgaria’s actions were backed in public statements by the foreign ministries of the United States, United Kingdom and North Macedonia, as well as on March 22 by Nato Secretary General Jens Stoltenberg.

After expressing backing for Bulgaria at a news conference, Stoltenberg said on Twitter that he had spoken on the afternoon of March 22 with Borissov. “We discussed various issues on Nato’s agenda, including our relations with Russia,” Stoltenberg said.

“Bulgaria sends aid to Ukraine through Poland”. In practice, the resigned Bulgarian Prime Minister Kiril Petkov admitted this in an interview with the Guardian, given before the no-confidence vote this Wednesday. His statement comes after a question about how Bulgaria‘s position on the war will Read more…