Bulgaria Celebrates the 140th Anniversary of the Liberation from Ottoman Rule

Published by Chief Instructor on March 3, 2018 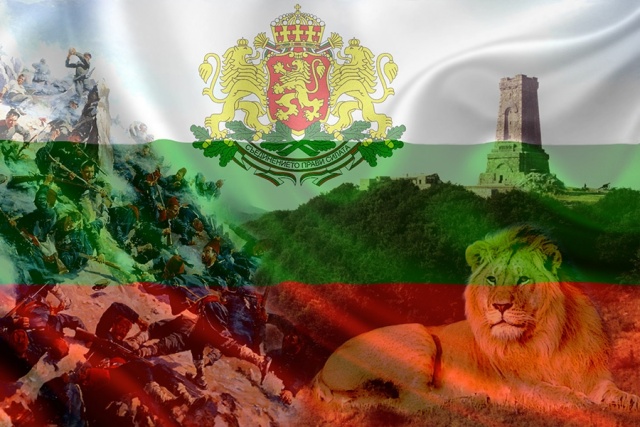 Bulgaria celebrates the national holiday – 140 years since the liberation from Ottoman Rule. On March 3 (February 19th in old style), in 1878, the San Stefano Peace Treaty between Russia and the Ottoman Empire was signed, which provides for the rebuilding of Bulgaria. Independence was proclaimed thirty years later – on September 22 (October 5 in a new style) 1908. By this act the Bulgarian state rejects its political and financial dependence on the Ottoman Empire imposed by the Great Powers on the Berlin Treaty. Celebrations and patriotic initiatives are planned throughout the country, and wreaths and flowers will be brought to the monuments of the fallen for freedom.

Traditionally thousands of Bulgarians will climb the historic peak of Shipka. The President Rumen Radev, who is the patron of the National Initiative Committee for celebrating the anniversary, will also take part in the celebration. The official guests will be the Patriarch of the Russian Orthodox Church, Kiril, who arrived here on Friday. Around 11 o’clock there will be a service in memory of the fallen in wars below the historic peak. The Shipka Pass is closed and no cars will be allowed through its entrances from Gabrovo and Stara Zagora. There the citizens will be able to park at the special parking spaces. Those wishing to climb to the monument will be able to do so on foot. The celebration fireworks at the National Assembly Square will be at 18:30. Head of State Rumen Radev will accept the honorary order of the representative parts of the Bulgarian Army and will have a speech.

The traditional reception for the national holiday will be held at the Central Military Club after the official ceremony. Over 40 regional and national museums and several galleries from all over Bulgaria are presented in the first of its kind “Salon of Museums”. The Military Historical Museum in the capital will show original flags of the army, including the Samarski flag. In the capital the entrance to the museums will be free of charge for the holiday. You can visit Vrana Park Museum, the Sofia City Art Gallery, the Regional History Museum – Sofia at Banski Square and the Archaeological Museum under the Hagia Sophia Basilica.