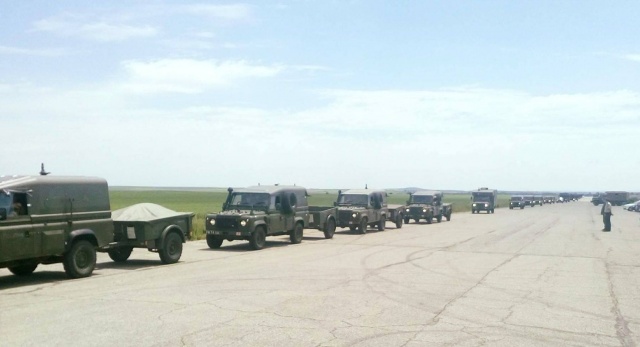 The troops, belonging to the NATO’s Very High Readiness Joint Task Force (VJTF), would spend one night in Novo Selo Training Area, one of the four U.S.-Bulgarian joint military bases in the Balkan country, the Bulgarian Defense Ministry said on its website.

Today, they entered Romania to participate in the “active part” of the exercise Noble Jump 2017, which would be held from June 8 to June 14 at the Cincu training area in central Romania, the ministry said.

In addition, from Friday to Sunday more than 220 Spanish soldiers with over 100 military and auxiliary vehicles as well as 145 Albanian soldiers with 18 vehicles, would also enter Bulgaria from Greece to participate in the same exercise in Romania, the ministry said.