Ambassador Mitrofanova will Propose to Putin the Closure of the Russian Embassy in Bulgaria – Novinite.com – Sofia News Agency

Published by Chief Instructor on July 1, 2022 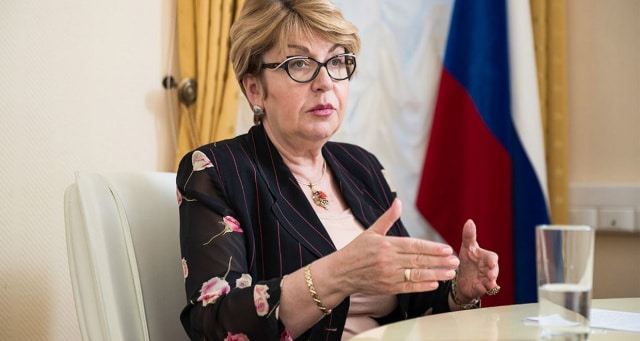 Ambassador Eleonora Mitrofanova announced that she intends to propose to the leadership of her country to close the Russian embassy in Bulgaria because of Sofia’s refusal to cancel the decision to expel 70 Russian diplomats and officials.

“Which will inevitably lead to the closure of the Bulgarian diplomatic mission in Moscow,” she stated in a letter published on the Facebook page of the Russian embassy.

“Unfortunately, our appeal to the Ministry of Foreign Affairs of the Republic of Bulgaria was ignored… The responsibility for the further serious consequences of this step rests entirely on the government of Kiril Petkov“, the letter to the citizens of Bulgaria also states.

At noon today, Ambassador Mitrofanova was in the building of the Bulgarian Foreign Ministry.

Source: Ambassador Mitrofanova will Propose to Putin the Closure of the Russian Embassy in Bulgaria – Novinite.com – Sofia News Agency