Published by Chief Instructor on March 18, 2022 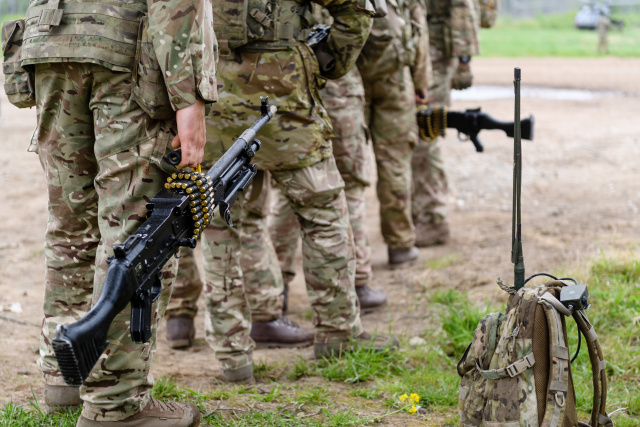 Nine hundred troops from NATO armies are in Bulgaria as part of the deployment of additional allied forces on the eastern flank of the alliance, BTA reported, citing official data from the pact’s headquarters in Brussels. 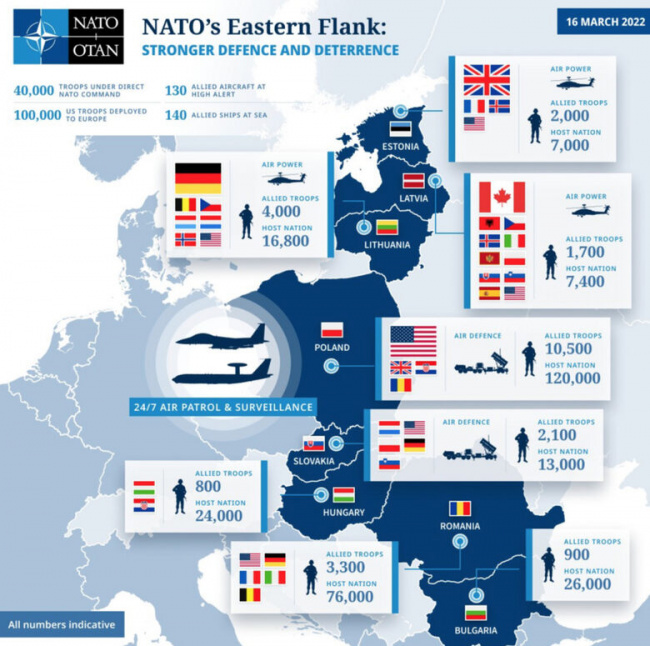 As of March 16, the largest number of allied forces was sent to Poland – 10,500 troops from four countries. 3,300 fighters from five pact countries have been sent to Romania. In Estonia, the additional forces are 2 thousand fighters, in Latvia – 1700, in Lithuania – 4 thousand, in Slovakia – 2100, in Bulgaria – 900 and in Hungary and Slovakia – 800 soldiers. In the Baltic States, the Allies provide air force, and in Poland and Slovakia – air defense.

The pact clarified earlier that the strengthening of the eastern flank was undertaken initially after the capture of Crimea by Russia in 2014. In June, the alliance is expected to approve long-term plans for an external presence due to the changed security situation since the start of the war in Ukraine.