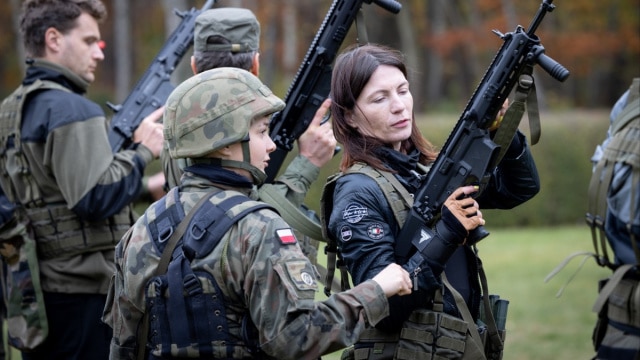 Thousands of Polish citizens between the ages of 15 and 65 will undergo military training this winter, announced Minister of National Defense Mariusz Blaszczak, quoted by Anadolu Agency.

In a televised address to the nation, he said as many people as possible should be trained for a possible crisis.

Blaszczak noted that a total of 8,000 volunteers in this age group will receive training over the winter.

The skills learned during the training will be useful in a crisis, Blaszczak said, adding that authorities hope to increase the number of volunteers.

The Polish government aims to open at least one military training course in each province, where eight-hour classes will be held.

Minors can also attend the training as long as they are accompanied by a parent or legal guardian.

According to local media, more than 13,000 volunteers have already signed up for voluntary military service in Poland in August.