Vazrazhdane Leader: Next time we will Storm not only Parliament but the Council of Ministers – Novinite.com – Sofia News Agency

Published by Chief Instructor on January 13, 2022 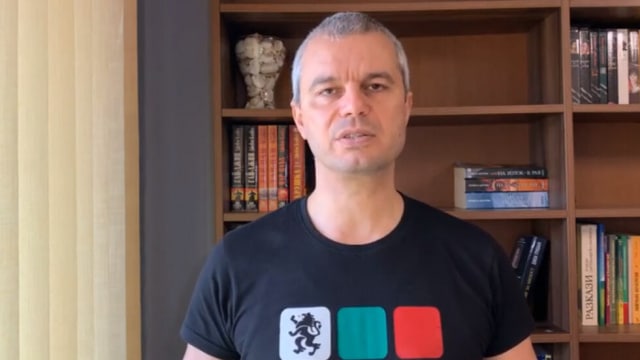 “Bulgarian Prime Minister Kiril Petkov said that on Friday, when his quarantine expires (strangely, mine expires on Sunday, and his – on Friday), he will invite representatives of the protesters, i.e “Vazrazhdane“, to start talks. We will attend these talks and then we will give 10, 12, 14 days to set up a working group and come up with a decision” Kostadinov added.

Bulgaria: Protest Against the Green Certificate in front of Parliament (VIDEOS and PHOTOS)

According to him, there is no need for “a lot of thinking“. “We need within 10-14 days to come up with a final decision, which will be either for the abolition of the green certificateor its preservation,” Kostadinov urged.

Bulgarian PM: There will Not be Mandatory Vaccination while I am Prime Minister

“And from then on – boosters in a few months,” concluded the leader of “Vazrazhdane“.

Source: Vazrazhdane Leader: Next time we will Storm not only Parliament but the Council of Ministers – Novinite.com – Sofia News Agency

The French embassy reacted sharply to a racist post by the leader of “Vazrazhdane” Kostadinov Kostadinov after the semi-final of the World Cup between France and Morocco. In a Facebook post on December 14, Kostadinov wrote: “I’m confused! Who Read more…

The mayor of Bulgaria’s capital city Sofia, Yordanka Fandukova, issued an order banning a December 10 march officially billed as “Peace Neutrality Sovereignty” but which on social networks was titled “We are not neutral. We Read more…