Published by Chief Instructor on January 17, 2019 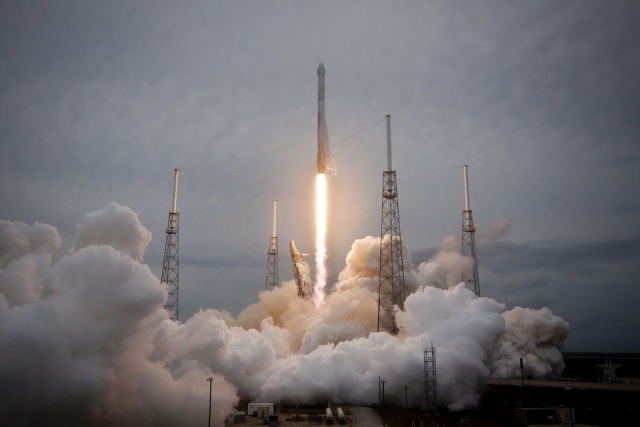 The US has rejected Moscow’s offer to inspect a new Russian missile suspected of violating a key cold-war era nuclear-weapons treaty, and warned that it would suspend observance of the agreement on 2 February, giving six-month notice of a complete withdrawal, reported the Guardian.

The under-secretary of state for arms control and international security, Andrea Thompson, confirmed the US intention to withdraw from the treaty after a meeting with a Russian delegation in Geneva, which both sides described as a failure.

Donald Trump took US allies by surprise when he announced his intention to leave the 1987 Intermediate-range Nuclear Forces (INF) treaty in October. The agreement led to the destruction of thousands of US and Soviet weapons, and has kept nuclear missiles out of Europe for three decades.

The Russian foreign minister, Sergei Lavrov, accused the US of intransigence, saying Moscow had offered to allow US experts inspect the suspect missile, which it insists does not infringe the limits laid down in the treaty.

“However, US representatives arrived with a prepared position that was based on an ultimatum and centred on a demand for us to destroy this rocket, its launchers, and all related equipment under US supervision,” Lavrov said.

“We explained to our Russian counterparts specifically what they would need to do in order to return to compliance in a manner that we can confirm, verifiable destruction of the non-compliant system,” Thompson said.

“To see the missile does not confirm that distance that missile can travel, and at the end of the day that’s the violation of the treaty,” Thompson said in a phone briefing for reporters.

She said that there were currently no plans for a follow-up talks on the INF before the 2 February deadline laid down by the Trump administration, though US and Russian diplomats would be meeting, including at a summit of the Nato-Russian council next week.

Thompson said that if Russia did not show willingness to comply with the treaty by the deadline, the US would suspend its own obligations, meaning that the US defense department could start research and development on missiles with ranges currently banned by the INF, from 500 to 5,500km.

At the same time, she told reporters, the US would formally give notice of its withdrawal from the treaty, which could come into effect on 2 August.

After that, there would be no restrictions on deployment of medium-range missiles in Europe or the Pacific.

The Obama administration had complained to Russia about its new missile but had not threatened to leave the treaty. Diplomats said that Trump’s third national security adviser, John Bolton, persuaded him to withdraw, despite opposition from the state and defencedepartments, and from European allies.

After a reported appeal from Germany’s Angela Merkel, the administration agreed to a two-month delay, to give a last chance for diplomacy to save the INF.

Thompson confirmed that the Russian delegation in Geneva had raised their concerns about US missile defence launchers which Moscow says can be adapted to fire offensive missiles. She said that the US officials had repeated US insistence that the launchers were compliant with the INF, and provided documentary evidence.

The Trump administration was criticised by former officials and arms control advocates for not pursuing the Russian offer of inspections.

“We’ve spent years trying to get something – anything – out of the Russians on INF. The Russian offer of an exhibition of the 9M729 is not enough, but it is something,” Alexandra Bell, a former senior state department official who is now senior policy director at the Centre for Arms Control and Non-Proliferation.

“Perhaps it is a foundation on which to build. Not trying to take advantage of this opportunity is to leave diplomatic options on the table and that’s just foolish.”

Daryl Kimball, the head of the Arms Control Association said: “If the INF is terminated on 2 August, there will be nothing to prevent Russia from deploying nuclear missiles that threaten Europe and the Trump administration will have no hesitation in pursuing the deployment of INF-prohibited weapons in Europe.”