The U.S. Department of Defense Director for European Policy, Central and Southern Europe from the Office of the U.S. Secretary of Defense, Alton Buland, also joined the dialogue and will participate in the U.S.-Bulgaria Strategic Dialogue on Wednesday.  The delegation agreed on the outlines of the U.S.-Bulgaria Roadmap for 2020-2030 and a rapid timeline for completion.

The U.S.-Bulgaria Roadmap for 2020-2030 will help guide Bulgarian and American leaders in their joint efforts to further develop Bulgaria’s military capability by focusing on security cooperation efforts, particularly in the areas of defense institutions, maritime domain awareness cybersecurity and the modernization of the Bulgarian Armed Forces.  The strategy teams intend to share review drafts of the plan in April, and defense and military leaders aim to sign a final version in Sofia in September.

Today’s outcome is a concrete example of the dynamically-developing cooperation between Bulgaria and the United States in the spheres of defense and regional and global security, the US Embassy reported. 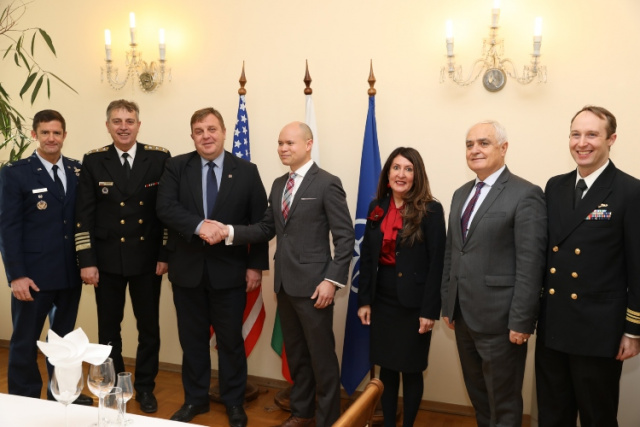