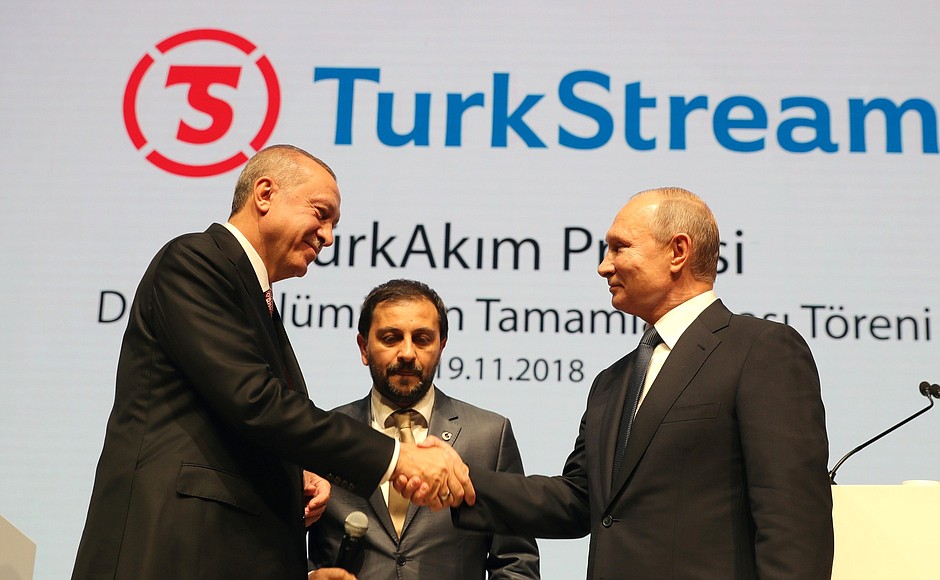 The new natural gas pipeline running from the Black Sea to Turkey forms part of a ring of Russian-centred power networks that will leave European states ever more dependent on Russia for energy.

Russian President Vladimir Putin and his Turkish counterpart Recep Tayyip Erdogan late last year hailed the completion of construction of the main phase of the Turkish Stream pipeline during a meeting in Istanbul. TurkStream – as the Turkish Stream project is now called – designed to bring Russian natural gas to Turkish and European consumers – is one of the hot topics reshaping debates on energy security in Europe.

In terms of geopolitical connotations, Turkish Stream appears like a younger and smaller brother of Nord Stream. This equally controversial pipeline is designed to meet the needs of energy-hungry Germany and EU member states with gas supplied directly via the Baltic Sea. Unlike its ill-fated predecessors – the Russian-sponsored South Stream and its EU-supported, rival Nabucco – both cancelled due to economic crises and East-West rivalry, TurkStream remains under construction and is expected to come into service late in 2019.

Since the Nabucco and South Stream pipelines failed, new players and new ways of processing and transporting gas have emerged on the market. Notably, the US also seeks to penetrate the “Old World” of Europe via LNG terminals.

Meanwhile, Turkey – until recently seen as close US ally – has already built the Blue Stream pipeline. This delivers 16 billion cubic meters of gas from Russia a year. This is in line with growing Russo-Turkish cooperation in energy and security in general and reflects Turkey’s old tradition of balancing foreign influences, well known from the Ottoman era. 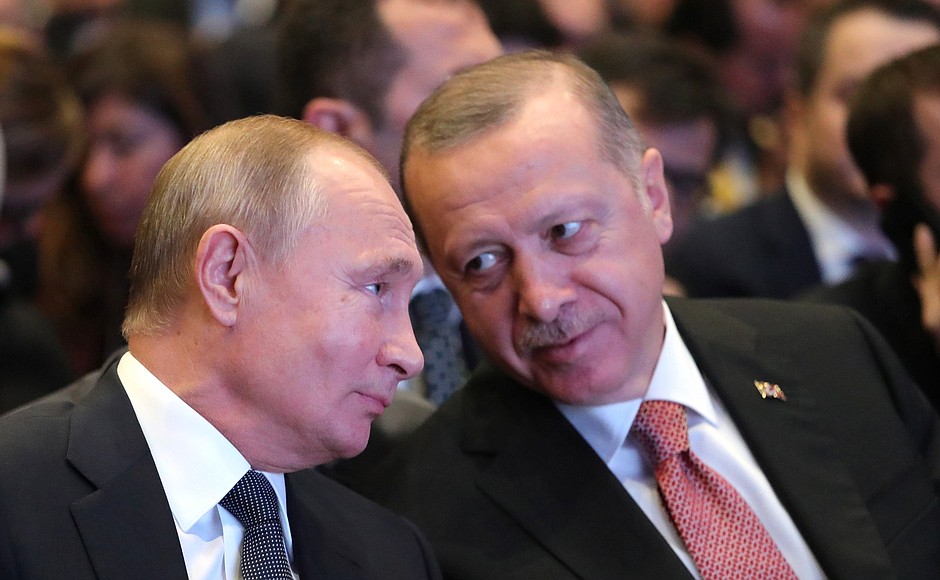 After a surprising turn in mutual relations following the Turkish shooting down of a Russian plane in 2015, both pariahs [in European and US terms] restarted the TurkStream project, seeking new allies in an atmosphere of growing isolation. The TurkStream project also significantly reduces the chances of other players in the region, such as Iran, Azerbaijan or the Gulf or Central Asian states, from claiming a bigger slice of Turkey’s energy cake.

The deal appears business as usual for Turkey, which is trying to modernize its energy sector for an affordable price. New sources of energy, including the Russia-led construction of nuclear power plants and gas pipelines, are also on the table, to meet the growing energy demand of industry and the urban population in Turkey. And natural gas represents a relatively cheap and clean source of energy.

However, its dependency on pipeline-based transport means it is vulnerable in geopolitical terms and poses a risk in economic terms. This is because the gas is usually delivered based on long-term contracts with fixed prices. Technically, the more than 1,000-km-long Turkish Stream, under construction from the Russian Black Sea port of Anapa – close to the politically sensitive Crimea and Caucasus – to European Turkey, almost on the borders of the EU, is designed to provide Turkey with 31.5 billion CBM of natural gas annually. This is twice as much as Blue Stream can deliver.

In this way, Turkey will become dependent on Russian gas supplies in coming years for about three-quarters of its steadily increasing gas consumption. Together with other factors, like the construction of the nuclear power plant in Akkuyu, the sharp growth of oil imports from Russia [thanks to US sanctions on Iran] and lack of domestic sources, the TurkStream project will add to the overall vulnerability of the Turkish energy sector vis-à-vis the Kremlin.

As its capacity appears to be much bigger than Turkey’s current needs, further connections are planned to Greece and north towards the Balkans. About half of the capacity is to be re-transmitted, mostly via existing facilities.

Most Balkan countries, meanwhile, are still supplied exclusively by Russian gas by the only way possible, via Ukraine.In the light of periodical gas supply crises and ongoing tensions between Russia and Ukraine, this dependency exposes the energy security of the Balkan states to uncertain developments in the conflict in Ukraine.

Like Turkey, the Balkan countries need to modernize their energy sectors and build up reliable sources of cleaner energy. But since geopolitics in the Balkans matters, it is not only energy security and incomes earned from transport fees that the local political elites have to take into account. The project potentially opens up space for manoeuvring in geopolitical terms, especially for local Russophile political actors.

The political dimension of gas supplies cannot be overlooked. Pro-Russian structures in the Balkans, usually anti-Western and nationalistic, stressing a common Orthodox Christian and Slavic heritage, are actively promoting Russian energy interests throughout the Balkans. A clear example of this is the case of Serbia. There, pipeline-related issues appear to form part of the regime’s broader attempts to continue balancing between East and West.

The energy sector in Serbia already lies mostly in the hands of political structures connected to Moscow, especially those linked to the ruling Progressive and Socialist parties. Serbia’s energy mix depends highly on Russian supplies and Serbian strongman Aleksandar Vucic has already confirmed an interest in buying natural gas from TurkStream.

The pipeline is meant to run even further to Central European energy hubs. But, while Hungary, Poland, The Czech Republic and Slovakia are also dependent on Russian gas, the dependency of the “Visegrad Four” differs from the situation in the Balkans in most cases. 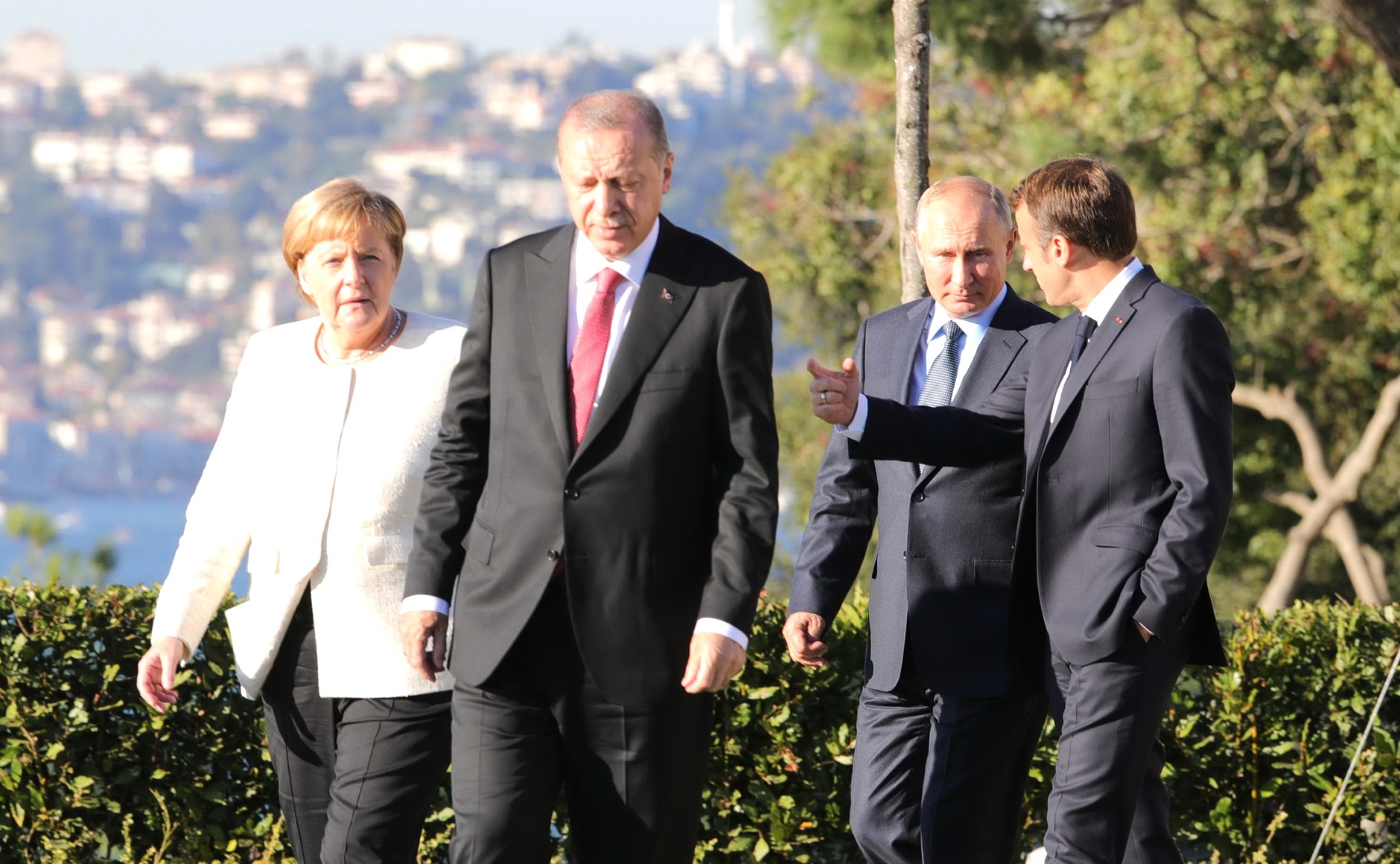 Meeting between the leaders of Russia, Turkey, Germany and France. Copyright Kremlin.ru

The Czech Republic has an alternative gas supply from Norway, for example. Even if most of its gas originates in Russia, it is delivered via German pipelines. Slovakia can be served via the reverse gas flow from the Czech Republic and Austria. Poland is currently building the Baltic Pipeline, to connect it to Norwegian gas, which is expected to start running in 2022.

The Visegrad Four often pretend to form a united political actor but are far from united when it comes to Russia. That is particularly visible in energy issues. Poland, which has certain regional ambitions, including influence over Ukraine, conducts a more or less open anti-Russian policy. The rest of the V4 countries apply more relaxed and less ideological approaches to Moscow. Viktor Orban’s Hungary pursues openness towards the Kremlin and its model of so-called sovereign democracy; Poland aims in geopolitical terms for closer cooperation with the US and even the unloved EU in defence and security – energy security in particular.

Despite recent EU regulations, especially the Third Energy Package, aimed at unbundling energy suppliers from network operators, the EU still buys over a third of its gas supplies from Russia’s state company Gazprom. Eastern EU member states generally buy much more than that. Thus, Brussels, which is supported in energy diversification by the US as part of the “new Cold War” with Russia, does not have the last say, even on new infrastructure projects, as is obvious in the case of Nordic Stream. The power of Brussels and the influence of Washington, seen in geopolitical or geo-economic terms, will be reflected in the light of the TurkStream project’s development via the Balkans towards Central Europe in the future.

So far, Gazprom seems to be succeeding in pushing its master plan to bypass Ukraine – the only definitive loser from the Nordic and TurkStream projects. These pipelines have been designed to eliminate Kiev’s blackmailing potential when it comes to its debts to Gazprom and the related “mysterious disappearances” of transited gas – and to cut off Ukraine’s gas transit income. This way, the Kremlin wants to punish Ukraine, pushing for a significant natural gas price rise that would have a heavy impact on the already impoverished Ukrainian consumers – thus undermining the legitimacy of the anti-Russian regime in Kiev.

For the Kremlin, business with natural gas represents not only an inflow of easy money but an effective foreign policy tool. The construction of the Turkish Stream merely closes a ring of power networks created by Russia’s Gazprom in recent years.

For strong European players like Germany, the ring creates the possibility of a mutually advantageous partnership with Russia. But Europe’s weaker states risk suffering the ultimate fate described in Tolkien’s Lords of the Rings: “One Ring to rule them all, One Ring to find them, One Ring to bring them all, and in the darkness bind them.”

This article was written as part of the project ‘Western Balkans at the Crossroads: Assessing Non-Democratic External Influence Activities,’ led by the Prague Security Studies Institute.