Published by Chief Instructor on October 28, 2018 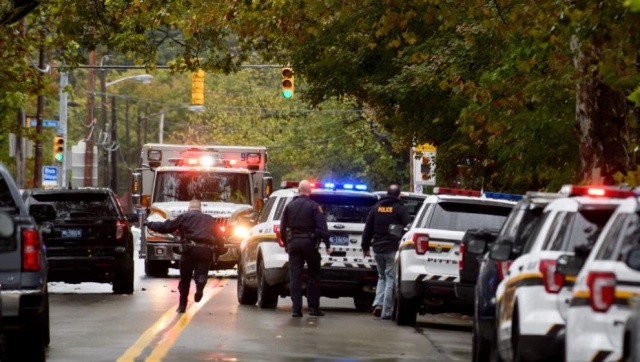 A gunman faces 29 charges of violent crimes after opening fire during a baby-naming ceremony at a Pittsburgh synagogue on Saturday, killing 11 people and injuring six in the deadliest anti-Semitic attack in recent US history, reports AFP.

The shooter — identified as a 46-year-old Robert Bowers — reportedly yelled “All Jews must die” as he burst into the Tree of Life synagogue, where congregants gathered for Sabbath services.

Taken into custody after a shootout with police, the suspect was transferred to a hospital.

US prosecutors subsequently charged him with 29 counts of federal crimes, including 11 counts of using a firearm to commit murder and 11 counts of obstructing the exercise of religion resulting in death.

“The crimes of violence are based upon the federal civil rights laws prohibiting hate crimes,” a statement said. Authorities have said Bowers’ charges could carry the death penalty.