As with almost every other segment of our lives, the Tourism & Hospitality business has been affected greatly 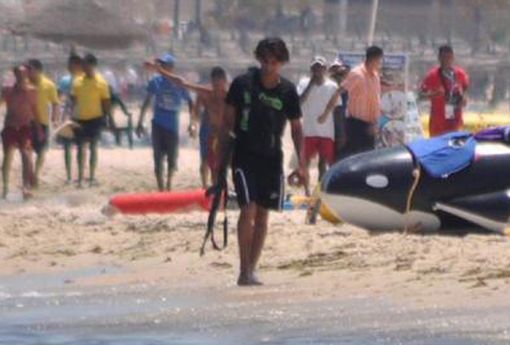 The gunman calmly walks down the crowded Tunisian beach in the 2015 attacks.

by recent terror attacks with well over 50% of attacks in the last year being committed inside or close to entertainment venues, restaurants, clubs, nightclubs, concert venues and even beaches. The very ideology of our would-be-attackers turns towards the perceived decadence of their enemies so it is little surprise that most attacks are targeting innocent civilians who are just trying to have fun.

Bulgaria has a unique problem concerning the threat of terror attacks in this country, simply;

There is no other location within the EU with so many citizens of target countries with so little protection from local security services as Bulgaria.

This is a bold statement but one that is easy to justify: