PM Petkov: Main risk to Bulgaria from a conflict in Ukraine is in energy sector

Published by Chief Instructor on January 27, 2022 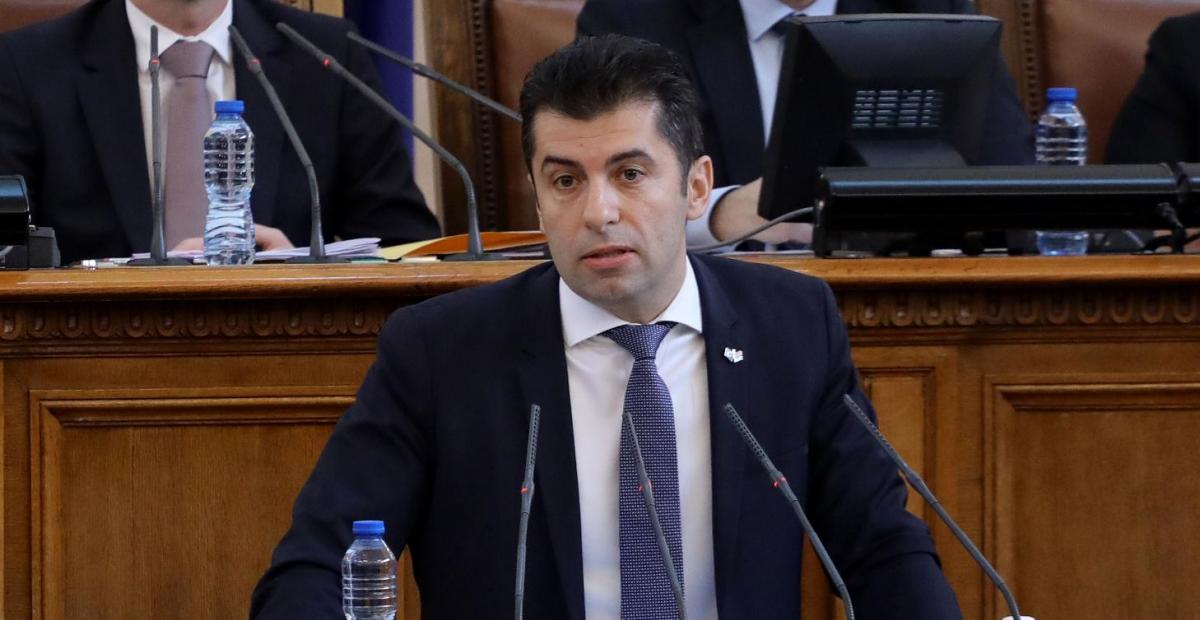 The main risk to Bulgaria from a military conflict in Ukraine is in the energy sector, in particular the gas sector, but the government has a plan how to protect the Bulgarian population if sanctions are imposed by Russia, Prime Minister Kiril Petkov told the National Assembly on January 26.

Petkov said that talks had been held with the European Commission on the matter.

He was speaking in a special sitting called to discuss the Russia-Ukraine conflict and Nato’s plans to respond by strengthening the Alliance’s eastern flank.

Petkov said that he would provide more details about this plan after the House went into closed session to be briefed by defence, national security and intelligence chiefs.

Ahead of the special sitting, the open session of which lasted three and a half hours, Bulgaria’s government adopted a position on the Russia-Ukraine crisis, emphasising that Sofia is giving priority to a diplomatic solution, while preparing to form a battalion of 1000 military personnel.

Defence Minister Stefan Yanev told the House that no Bulgarian soldier would take part in a conflict or operation in Ukraine or another country without a decision by Parliament or the Cabinet.

Yanev indicated that such a scenario, the deployment of Bulgarian military personnel abroad, was unlikely. There was currently no plan for a deployment abroad.

He indicated that the formation of the battalion could make it possible for there to be joint training with other Nato formations.

Petkov said : “We must work with all possible means, with all diplomatic means to de-escalate tensions. De-escalation and the use of non-military means is the goal, which we, as the Bulgarian government, set as our highest priority”.

Both Petkov and Yanev emphasised that the Bulgaria military had been under-funded in recent years and there had been a lack of co-ordination among the military modernisation projects that had been started, and in some cases, suspended. Petkov pledged that this would change.

“Over the years, there have been clear shortages of equipment in the Bulgarian army. We have investments that are separate and unco-ordinated. But the good news is that investment in defence will be based on where the biggest deficits are,” Petkov said.

“I assure you that our strategy for the first time is not be consumers of security, but to be constructive partners and allies, and to make the Bulgarian army a priority in our defence stategy,” he said.

He said that Bulgaria would back EU sanctions on Russia if it came to such a decision.

Later, speaking to reporters in the corridors of the National Assembly, Petkov said that the government had a plan to evacuate Bulgarian diplomats from Ukraine if the military situation escalated.

During the question and answer sessions involving MPs from various parliamentary groups, there was largely support for the government’s position, though opposition GERB criticised the government for vagueness and slowness in coming out with a position, and for not summoning the Russian ambassador when Moscow said that Bulgaria and Romania should be out of Nato.

There was dissent from the Bulgarian Parliament’s smallest party, pro-Kremlin Vuzrazhdane, whose leader Kostadin Kostadinov said that “Russian troops are doing their standard exercises” and this was being used in domestic political debate.

Source: PM Petkov: Main risk to Bulgaria from a conflict in Ukraine is in energy sector