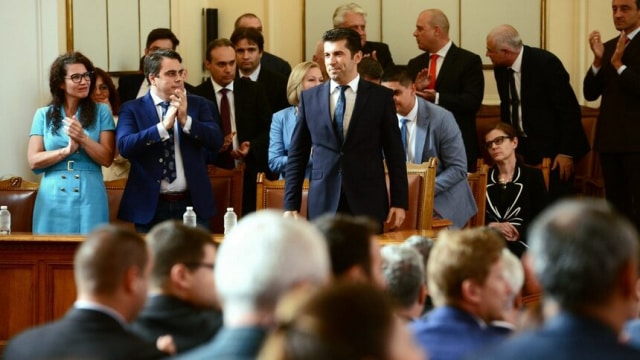 “It was an honor for me to lead a government that was taken down by Peevski, Borissov, Trifonov and Mitrofanova (Russia’s Ambassador to Bulgaria)”, said the now-former Prime Minister Kiril Petkov after the successful no-confidence vote that passed today with the votes of 123 MPs.

“This vote is just a small step in a very long road. What they (the opposition) didn’t understand was that in such a way they cannot win the Bulgarian people. I promise that we will continue this battle to win over our country. And one day we will have Bulgaria without people ruling from the shadows, without the mafia, a normal country, a successful European country. Thank you!”, said Petkov in his last speech as Prime Minister.

Source: Petkov: It was an Honor to Lead a Government taken down by the Russian Ambassador, Peevski, Borissov and Trifonov – Novinite.com – Sofia News Agency

“Bulgaria sends aid to Ukraine through Poland”. In practice, the resigned Bulgarian Prime Minister Kiril Petkov admitted this in an interview with the Guardian, given before the no-confidence vote this Wednesday. His statement comes after a question about how Bulgaria‘s position on the war will Read more…