Passengers from Lebanon Entered the EU Without Inspection at Sofia Airport

Published by Chief Instructor on September 13, 2018 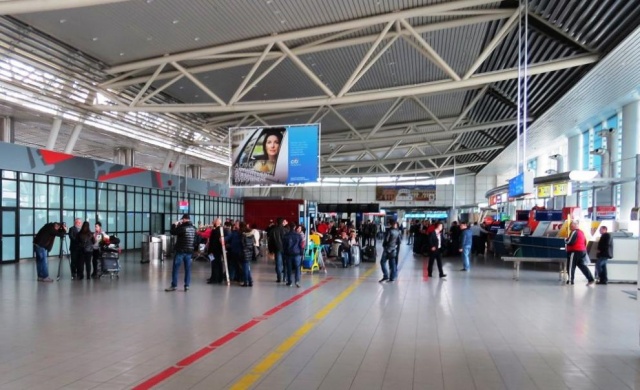 Passengers from Lebanon have entered the EU without an inspection at Sofia Airport. Aboard the plane there were 40 people who continued their journey to other European destinations. The mistake was of the Security Department at the airport. This mistake was established just after passengers arrived at the Terminal. In the end, 30 of them were found and checked, but another 10 left for their next flight without being found.

The flight from Lebanon was transit, so passengers should not cross the border. However, a check should have been carried out by the Security Service at Sofia Airport. On board there were 40 people who continued their journey to other European destinations. From the airport explained that passengers confusion happened with others coming from “third country” with already checked documents.

However, the state-owned company boasted that the necessary safeguards to ensure common security standards and prevent breakthroughs in security were taken immediately after the omission was detected. In the end, only 30 of the passengers were identified and checked, the other 10 just left for their next flight without being found.

Since the beginning of the year a number of “accidents” have accumulated at Sofia Airport, where a group of arriving people have not been checked. On March 20 this year, nearly 10 border police officers left their posts, about 40 people arriving from France entered our country without a check. The serious violation was followed by serious measures by the institutions, with five employees being dismissed, one leaving alone, and another 13 received disciplinary punishments.

A few months later, Border Police did not know about a private plane arriving from Gabrovo and flew to Greece again without a check. Then Border Police Chief Commissioner Svetlana Kichikov explained that if the airplane was not so small it might have been noticed. In the end, it turned out that only the pilot of the private plane was checked and the four passengers had spent more than an hour in an airport premise and then flew to Greece.