Published by Chief Instructor on January 2, 2020 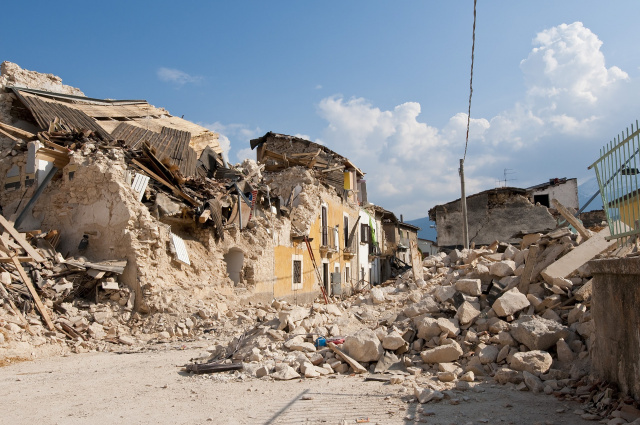 From Bucharest to Sofia and the Balkans, a number of governments have failed to address the risks of earthquake-prone buildings. This is what the New York Times found in an article entitled “The Lesson of an Albanian Earthquake: The Balkans Aren’t Ready for the Big One,” BTA reported.

The newspaper recalls the earthquake on November 26 in Albania of magnitude 6.4, which caused the death of more than 50 people, injured hundreds and left thousands homeless. The tragedy sends a clear warning to a region that has been hit by much stronger earthquakes in the past, and experts say the Balkan countries are unprepared for the next big earthquake. According to experts, authorities in the region have encouraged the construction boom of the 1990s through the transition from communism to capitalism, with security standards often shifted from the pursuit of rapid profits. As a result, millions of people live in homes that are unlikely to withstand a major earthquake, according to the New York Times.

The publication cites Matei Sumbasacu, founder of – the first Romanian NGO specializing in seismic risk reduction Re:Rise. He says that there are 349 high-risk structures in Bucharest alone that are likely to collapse in a severe earthquake. Most of them are in residential complexes. Hundreds of other buildings would suffer major damage.

The New York Times recalls the two devastating earthquakes of the 20th century in Vrancea Mountain, Eastern Romania – in 1940 with magnitude 7.4 on the Richter scale and on March 4, 1977 with magnitude 7.2. In the second earthquake, over 30 tall buildings in Bucharest collapsed, some 1580 people were killed and nearly 11,000 were injured.

The text of the article recalls the 5.7 magnitude earthquake in the Bulgarian city of Strazhitsa in 1986, which caused serious destruction and left thousands homeless.

Peter Pavlov, the director of the Center for Seismic Engineering at the University of Architecture, Civil Engineering and Geodesy in Sofia, said that while he believes the country is better prepared than some of its neighbors, big questions remain, especially regarding the newer stock of buildings.

“Some of the ground floors of those buildings got converted into stores and they added an extra floor on top of the building which might be considered an earthquake hazard,” he explained, the New York Times reported.

In a telephone interview with the newspaper, Peter Pavlov, director of the National Center for Seismic Engineering at UACEG, called for a national seismic laboratory to be set up in Bulgaria with the task of checking the resilience of buildings in earthquakes.

The New York Times article recounts the history of earthquakes on the Adriatic coast from Croatia through Montenegro to Albania and in present-day Northern Macedonia.