Published by Chief Instructor on December 24, 2020 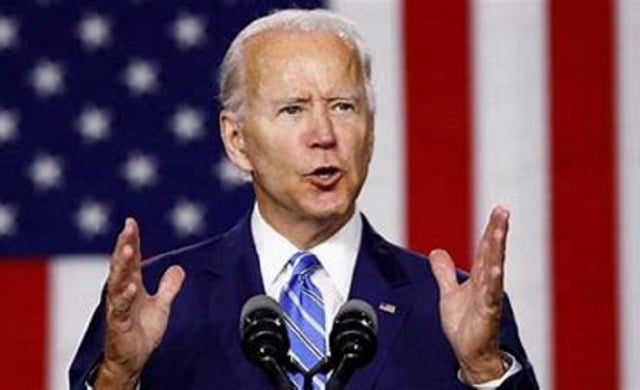 Joe Biden‘s election is generating anxiety in Moscow that Russia‘s global ambitions will be more directly challenged. While President Trump focused on withdrawing American forces from Europe and avoiding embroilment in any new conflicts, the Kremlin fears that President Biden will reengage in disputed regions in pursuit of Western integration.

The recent tour of the Balkans by Russian Foreign Minister Sergei Lavrov demonstrated Moscow’s disquiet. Lavrov’s statements about the importance of the Balkans projected Russia‘s own aspirations on to Washington. He claimed that some Western countries “would like to turn this part of Europe into an arena of geopolitical confrontation and create new dividing lines.” That is precisely what the Kremlin is trying to accomplish to prevent the remaining Western Balkan countries from settling their disputes and qualifying for NATO and EU membership.

Lavrov targeted two states that enable Moscow to pursue its regional “divide and conquer” strategy – Bosnia-Herzegovina and Serbia. In his controversial visit to Bosnia-Herzegovina on December 15, Lavrov openly opposed NATO enlargement by stressing the military neutrality of the Serbian entity inside Bosnia (Republika Srpska, RS). In reality, such decisions can only be made by the central government in Sarajevo.

The Bosniak and Croatian members of the country’s presidency

pointedly refused to meet with Lavrov and called his visit disrespectful toward their country. They criticized him for meeting first with Milorad Dodik, the Serbian member of the presidency in the RS, and for interfering in Bosnia’s internal politics. Lavrov claimed that both presidents were acting on instructions from outside powers, clearly implying the U.S.

Lavrov asserted that the Dayton Agreement that ended the war in November 1995 should not be changed despite “calls from abroad.” In reality, American and EU officials are exploring constitutional formulae that can end the country’s paralysis. They recognize that Dayton is now stifling the country’s development and its prospects for EU integration. Lavrov’s attack was evidently in response to Biden’s statement that efforts to construct a functional multi-ethnic Bosnian state remain incomplete, while committing the U.S. administration to assist in this effort.

Moscow continues to oppose Bosnia’s progress into the EU and Lavrov offered various economic incentives to the Serbian entity. These include joint projects with Russian companies in gas infrastructure that would make the entity more dependent on Moscow. Lavrov also called for the closure of the Office of the High Representative (OHR), which oversees the civilian implementation of Dayton, a move that would further embolden RS leaders to defy the central government and threaten secession.

Lavrov also spotlighted projects that intensify Russia‘s inroads into Serbia’s economy, including the Turkish Stream gas pipeline, the Belgrade-Novi Sad high-speed railway and the Djerdap 1 hydroelectric power plant. In their visit to the Saint Sava Cathedral, in which a letter from Putin was read out, Lavrov and Vučić also highlighted the close links between the Russian and Serbian Orthodox churches, both of which promote Russian and Serbian territorial revisionism.

Moscow will undoubtedly seek rapprochement with the Biden administration, as it does with every incoming U.S. president. The purpose will be to convince Washington to disregard the Kremlin’s unilateral gains in its foreign offensives during the previous four years and to delude Washington that a new grand compromise with Russia will avert future conflicts.

Revelations about the massive cyberattack by Russian intelligence services on U.S. agencies and businesses will be simultaneously denied by Kremlin officials and exploited to claim that bilateral relations are urgently in need of repair. Biden must resist surrendering more ground to Moscow. He has already asserted that cyber defense is insufficient and the U.S. needs to “disrupt and deter our adversaries” from engaging in future cyberattacks. In addition to sending a clear message about cyber space, the new administration can affirm American and allied interests by repelling damaging Russian influence on the Balkan peninsula. Janusz Bugajski https://msn.com