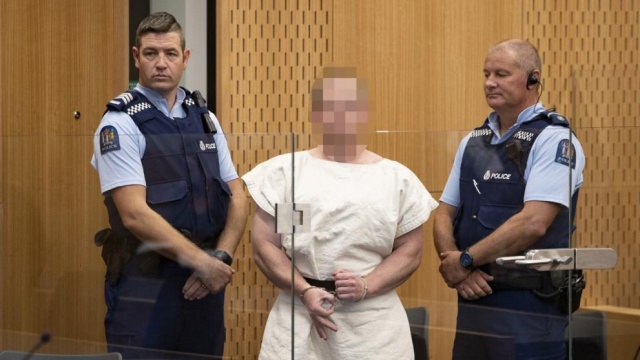 The Christchurch terrorist certainly had contacts with Bulgarians while he was in our country. This was stated in an interview with Darik by the writer and former counter-intelligence officer Pavlin Pavlov, according to whom the Australian should have drawn the attention of our services.

“It is worth noting that such a person has gone through our country, but has left no traces in the operational services. Everything was told to us about his stay here. It would have been funny if it was not sad. These were excerpts from the mobile operators’ arrays that show his location.

This person did not talk to anybody in this country? I am convinced that he was not alone in Bulgaria. One hundred percent sure he had someone whom he could count on and who can help him. He can not pass through Bulgaria as a sterile clean environment – it does not leave smell, sweat, presence, images. This can not be true if we claim we have some operational intelligence services.”

The Bulgarians with whom the terrorist had contacted must be identified and placed under surveillance. They may be radicalized or committed to cooperate with other people, Pavlov said. According to him, all services and institutions should be involved in protecting national security.

The guide of the Pleven Panorama (visited by the terrorist in Bulgaria) has not been instructed that the object may be of interest by radicalized elements or a center for ultra nationalistic events.

Hardly anyone has recommended it to her, even if she has a civil duty feeling on the subject where would she tell if something makes an impression on her – that someone is interested in how many people were killed, how they were tortured, how they spoke, what weapons they used. It is easy for an expert to judge whether the tourist is deliberately there, whether he has an excessive interest. ”

According to the former counterintelligence expert, the “hard-to-find stray electrons” are the most difficult to detect.

“It is very important to have a functioning system for intercepting them. Otherwise, there is no point in having these special services. It is funny to say that no service can capture their intentions – then how the US, Russia, Germany, France and the UK are doing it. They capture the intentions the potential bomber has in some way suggested or expressed with his behavior. ”

The terrorist’s example could be followed because there is enough anti-Muslim sentiment in Europe, Pavlin Pavlov added.