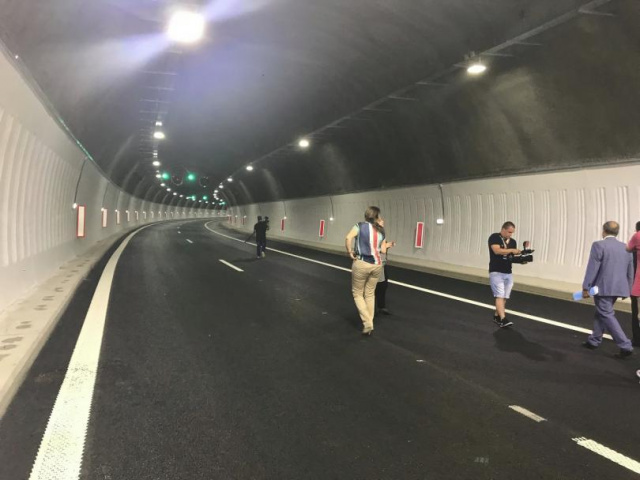 A large-scale training exercise of the Ministry of the Interior and the Road Agency takes place on Hemus Motorway on July 10. The traffic through “Echemmiska” tunnel towards Varna is temporarily closed for simulation of a multiple-vehilcle accident with many wounded. Some of the best international experts in dealing with emergency situations in tunnels are taking part in the exercise, reports BNT.

There are teams of the fire brigade, road agency, police and emergency services. More than 50 people and a large number of specilised technical equipment participate in the exercise. There are experts from Switzerland.

The purpose of the exercise is to simulate a serious multiple vehicle accident, caused by a collison between a car and a lorry with a subsequent fire at the exit of the tunnel in the direction towards Varna. According to the scenario, the two drivers were killed in the accident and a passenger van, passing by the fire, crashes a few metres after the scene of the accident. This is followed by a crash between five more cars. The scenario foresees a large number of injured.

The teams train extinguishing the fire, rescuing the injured, and transporting them to a hospital.