Published by Chief Instructor on January 26, 2022 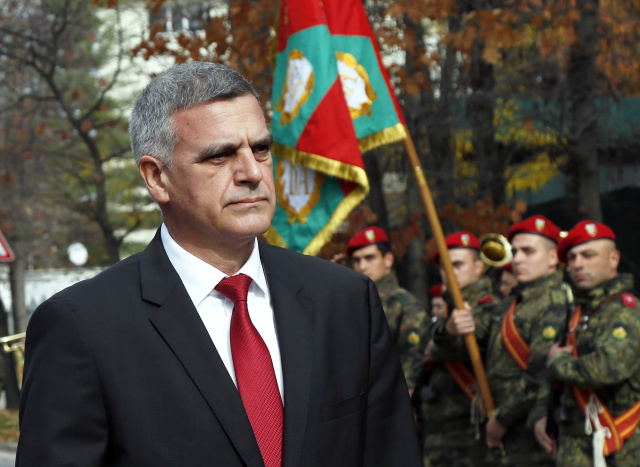 The Minister of Defense Stefan Yanev will propose to the government that Bulgaria join a joint NATO exercise with a battalion of no more than 1,000 people. This was announced by him on the Bulgarian National Television.

According to him, Bulgaria‘s position on the tension between NATO and Russia should protect the national interest with a full understanding of the situation and the stage of development of the Bulgarian army. Our position must be in line with the whole package of diplomatic efforts, as well as with the possibility to strengthen Bulgaria‘s military forces. Therefore, according to Yanev, using the crisis, we can use the opportunities of it by enabling the Bulgarian Armed Forces to develop through more training and participation in exercises that bring military capacity.

Bulgarian PM after Security Council on Tensions in the East: We Remain a Loyal Partner of NATO

After the meeting of the Security Council yesterday, Prime Minister Kiril Petkov ordered the defense minister to submit to today’s cabinet meeting a draft approval of the national position and measures to strengthen Bulgaria‘s security system, the combat capability of the Bulgarian army and its technical support.

The Council of Ministers will decide on specific measures, about which the Prime Minister will inform the MPs at an extraordinary sitting of the Parliament, convened for this afternoon. On BNT Stefan Yanev pointed out that with regard to the crisis between Russia and Ukraine, diplomacy is not over, it has its place, and all efforts, including the military, are aimed at giving diplomacy a chance and avoiding conflict.

Source from Brussels: Bulgaria does Not Want American Soldiers, but is Ready to Accept French

Yanev added that the assessment of the situation changes by days and hours. According to him, even if the danger is inevitable, it is possible that this rhetoric is part of the diplomatic efforts of one or the other country in an attempt to get better results in the negotiations.