Published by Chief Instructor on March 26, 2021 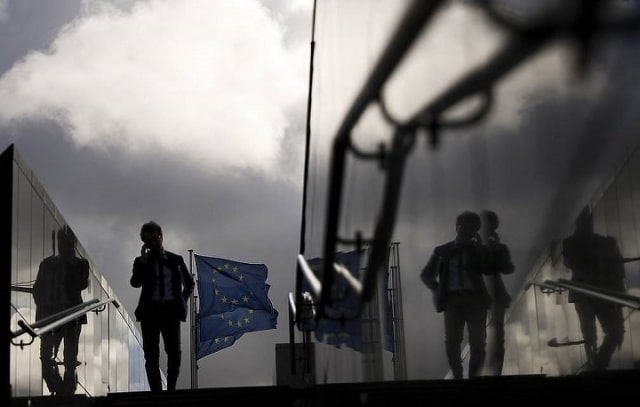 CNN has broadcast a report on the latest spy affair in Bulgaria, which resulted in two Russian diplomats being expelled from the country, BGNES reported.

Until 1989, Bulgaria was one of the most loyal members of the USSR-led Warsaw Pact. According to Western analysts, now as a member of NATO and the European Union, the country is a favorite target for Russian espionage.

If Vienna was the epicenter of post-World War II espionage in Europe, today Sofia can claim this dubious title, the report says.

As Bulgaria is a member of NATO, some important sites are located in the country in close proximity to the Black Sea. NATO aircraft fly from bases in Bulgaria performing air policing missions over the area, which has seen increasing military activity from both Russia and the Alliance since Moscow’s annexation of Crimea in 2014. Last year, six US F-16 fighter jets were in operation at Graf Ignatievo AirBase.

Circles close to the Kremlin supported pro-Russian groups in Bulgaria. One of them , the National Movement Russophiles, is led by Nikolay Malinov, who is accused in 2019 of espionage and money laundering for the benefit of Russian organizations. His case has yet to be heard, and Malinov has pleaded not guilty, the report said.

CNN reminds that last year the Bulgarian Prosecutor’s Office indicted in absentia three Russian citizens in connection with the poisoning with Novichok nerve agent of a Bulgarian arms dealer Emiliyan Gebrev in Sofia in 2015. One of them was identified as Sergei Fedotov, who is alleged to be an officer of Russian military intelligence.

Investigative group Bellingcat has revealed that Fedotov is one of three Russian intelligence agents allegedly linked to the poisoning of former Russian spy Sergey Skripal and his daughter in the UK in 2018.

Russia denies the accusations of espionage in Bulgaria. Last year, Sergei Ivanov, a spokesman for Russia‘s foreign intelligence service, accused US intelligence agencies of campaigning against people in Eastern Europe who want good relations with Russia. Bulgaria has become the epicenter of this smear campaign, he said before Russian media.

The latest arrests sparked a new crisis in relations between Moscow and Sofia, which are traditionally close because of the shared Slavic and Orthodox culture.

But if the Bulgarian prosecutors are right, the Kremlin sees Bulgaria as an attractive target – a back door for spying on NATO and the European Union and tracking arms supplies for Ukraine.

Bulgaria has been added to Russia‘s “blacklist” of unfriendly countries. As of yesterday morning, the country has been placed on the list of potential enemies, according to the main Russian federal TV channel “Rossiya 1”. “As far Read more…

The prosecutor’s office compared four cases of blasts in ammunition depots in Bulgaria where similarity in incidents was noted. They’ve happened in the last 10 years, spokesperson of the Prosecutor General, Siyka Mileva, told a briefing on Read more…