Published by Chief Instructor on April 30, 2022 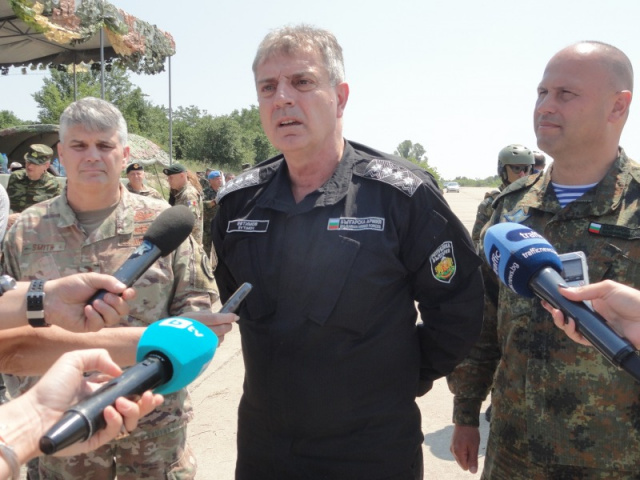 “Between 700 and 800 soldiers from Italy will arrive in Bulgaria to participate in the NATO Multinational Battle Group on our territory.” This was announced by Bulgaria’s Chief of Defense Admiral Emil Eftimov in an interview with the Bulgarian National Television. “Since the beginning of the war in Ukraine, our naval forces have been closely monitoring the Black Sea,” he explained. “After the Dutch F-35 fighters, other allied planes will strengthen the Air Policing mission in Bulgarian airspace.”

“The Bulgarian army is closely monitoring the changing security environment in the Black Sea after and before the start of the war in Ukraine,” said Chief of Defense Admiral Emil Eftimov.

“The security situation in the Black Sea is dynamic, we all know about the restrictions on shipping in the northwestern part of the Black Sea, the problems in the Sea of ​​Azov, in the waters of the Gulf of Odessa to the Crimea.”

“The dangers in the Black Sea are not only from naval mines, as detected by the Romanian and Turkish navies but also from the very dynamics of the conflict.”

“We pay special attention to this situation and of course, our focus is around Kherson, Mykolaiv, Odessa.”

“There is no threat to the sovereignty and territorial integrity of Bulgaria,” Eftimov assured.

“Rest assured that if action is taken, there will be measures, both nationally and collectively, to demonstrate our determination and our deterrent potential.”

In addition to the two new modular patrol vessels, the first of which will be in service in 2025, the Navy is modernizing coastal surveillance and reconnaissance systems. A submarine will be purchased.

“We have always had a combination of coastal means, light sea forces and submarines, as the Black Sea is a closed theater of possible military action.”

“But we must be aware of our support capabilities,” Eftimov explained.

“We need to provide at least 100 days at sea for it to be an effective tool.”

The American company “Stryker” and the Bulgarian military in the Multinational Battle Group on our territory are already training together. Italy is expected to send more forces.

“We are talking about 700-800 people, it already depends on the specific parameters.”

After the Dutch F-35, more member states will join our airspace protection missions. Modernization of the Graf Ignatievo air base begins soon.

“So we are working on options for carrying Air Policing from other airports.”

The project for the Land Forces is also underway, which the Chief of Defense called for to pass on a fast track.

“We, the military, have said to ourselves what we want, this project is not so complicated. We have no preferences for this machine or that machine.”

According to the Concept for the Development of Defense until 2032, drawn up before the war in Ukraine, Bulgaria will have to invest BGN 36 billion to build minimum military capabilities.

“We are really in another situation. It turned out that peace has a price. The cost of maintaining a combat-ready army.”

Bulgaria is currently investing 1.73% of GDP in defense – far below the 2% target. Commitment made in 2014.