Published by Chief Instructor on September 16, 2018 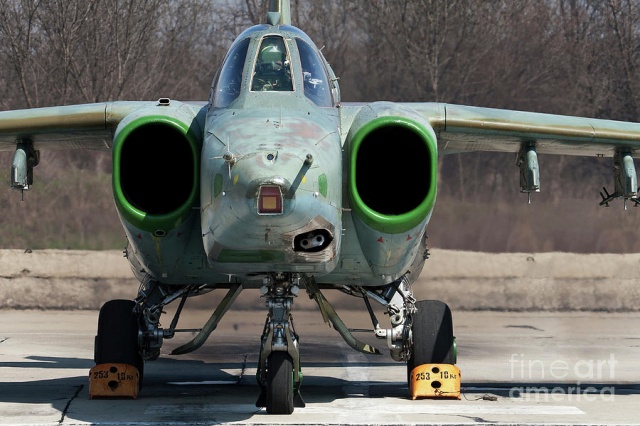 Bulgaria’s Ministry of Defense (MoD) has announced a tender for Russian and Belarusian state-owned companies to overhaul its Su-25 close air support aircraft, marking the latest in a decade’s worth of false starts and reversals plaguing Bulgaria’s efforts to replace aging Communist-era equipment. It also raises the question of whether US and NATO leaders are doing enough to support Bulgaria’s transition into the Western alliance. The short answer? No.

Ever since its accession to NATO in 2004, Bulgaria has struggled to bring its defense capabilities in line with alliance standards and ensure compatibility with other NATO militaries. Its fleet consists mostly of Soviet-era Su-25s and MiG-29s. NATO requires Bulgaria maintain at least one squadron of twelve planes in fighting shape; out of 16 aircraft in the Bulgarian Air Force, only seven meet that standard.

As a result, in February 2016, the Bulgarian parliament begrudgingly authorized NATO to help protect its air space due the state of its own planes. Matters worsened in October 2017, when pilots outright refused to flytheir MiG-29 jets due to concerns about the safety of the aircraft.

Successive Bulgarian governments have faced the dilemma of either pouring money into repairing Soviet-era equipment or buying unaffordable replacements from NATO partners. Sourcing parts and maintenance from Russia creates an inherently vulnerable supply chain. Each replacement engine for Bulgaria’s Soviet jets has to be certified by the Russian Aircraft Corporation MiG, making their supply contingent on relations between the two countries.