Published by Chief Instructor on February 8, 2022 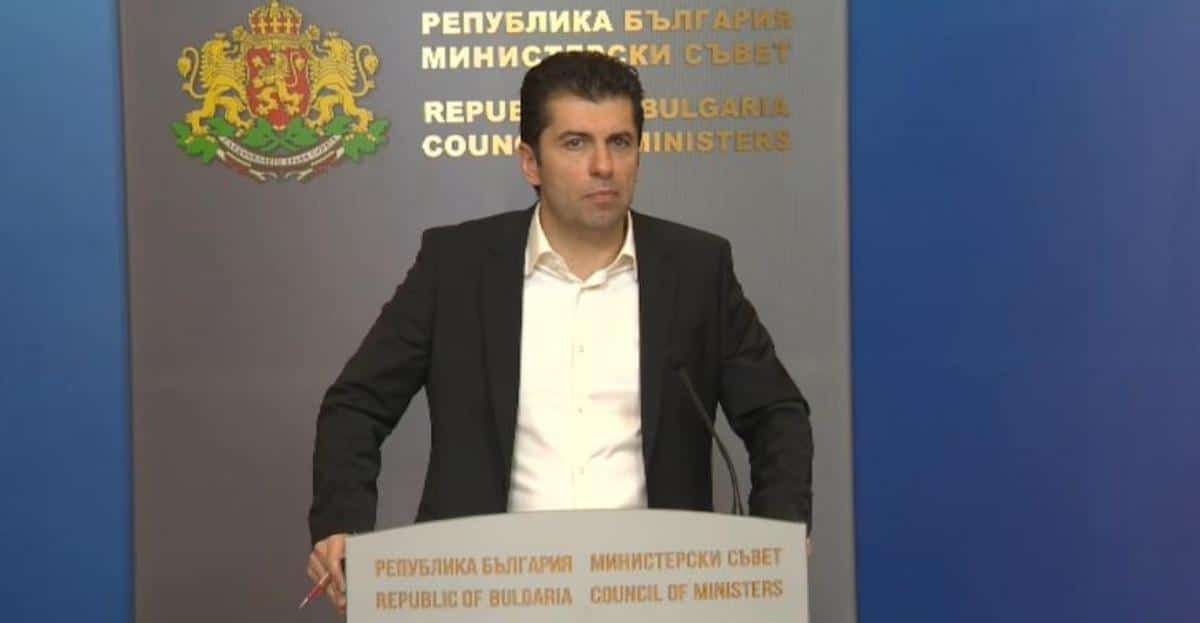 Bulgaria’s Prime Minister Kiril Petkov said on February 7 that he was “delighted” to accept an invitation from the Prosecutor-General’s office to provide information about those at the top of corruption and crime – and said that he has some questions of his own.

Petkov was speaking at a briefing soon after Prosecutor-General Ivan Geshev said that the Prosecutor’s Office wanted to interview Petkov and the PM’s chief of staff, Lena Borislavova, about allegations they had made at a February 4 meeting with Geshev.

At the Friday meeting, Petkov said that there were about 20 people involved at the top of crime and corruption in Bulgaria, but the Prosecutor’s Office had done nothing effective about them.

Petkov listed the questions he intended to ask the Prosecutor-General, which are all in connection with cases that had received considerable attention in most media, and on social networks.

The first question was what actions had the Prosecutor’s Office had taken on the topic of “Mata Hari” after it was publicly known that there were gold bars and bundles of cash and Boiko Borissov had said he knew who “Mata Hari” was.

This was a reference to photographs and video depicting the former prime minister and GERB leader in a bedroom with what appear to be gold bars and piles of 500-euro notes, along with a pistol, on a bedside stand. The visuals reportedly were taken by a woman, who in Bulgaria has come to be referred to as “Mata Hari”.

Petkov said that he intended to ask whether there were any additional investigations connected to the Magnitsky Act and whether charges would be lodged against Delyan Peevski, Alexander Manolev and Ilko Zhelyazkov. In 2021, the United States announced sanctions under US federal law against a number of Bulgarian individuals for what it said were their extensive roles in corruption in Bulgaria.

The Prime Minister wanted to know whether there was a direct connection between a Bulgarian Development Bank loan and Peevski being a shareholder in Bulgartabac.

He also wanted to know whether there was a connection between a loan from Bulgarian Development Bank and Roumen “the Wolf” Gaitanski’s lawyer, and what steps the prosecution had taken to ensure the legality of this loan.

Petkov also wanted to ask Geshev about whether there was an investigation into the “Eight Dwarves” case and Petar “The Euro” Petrov.

He wanted to say Geshev to say whether there was a connection between construction companies and illegal dams, and a business person known as “Taki”.

Referring to allegations of property ownership in Spain’s capital by Borissov, Petkov said that he intended asking what steps had been taken in relation to “Barcelonagate” and the fact that the Spanish authorities had provided information about money laundering.

Further, Petkov said that he would ask whether there was a connection between events at Avtomagistrali, the removal of bags of cash, and GERB. This was a reference to alleged siphoning off of state money paid for a motorway project.

He also wanted to know why Bulgargaz and its chief Nikolai Pavlov had given up on quantities of Azeri gas that could have been delivered, which if they had been, would have meant lower prices for consumers. Further, Petkov wanted to know why Pavlov had been summoned to answer prosecutors’ questions in the capacity of a witness.

Petkov said that he had other questions too, but these would be the first batch.

Source: Bulgaria’s PM has questions of his own for Prosecutor-General on high-profile cases

The US included the Election of Radev as President of Bulgaria and BSP in the Russian Disinformation Ecosystem – Novinite.com – Sofia News Agency

In the State Department’s special report on Russian disinformation and the Kremlin’s propaganda ecosystem, the USA included the election of Rumen Radev as President of Bulgaria and the influence on the Bulgarian Socialist Party during the 2016 elections in Read more…