Published by Chief Instructor on May 6, 2022 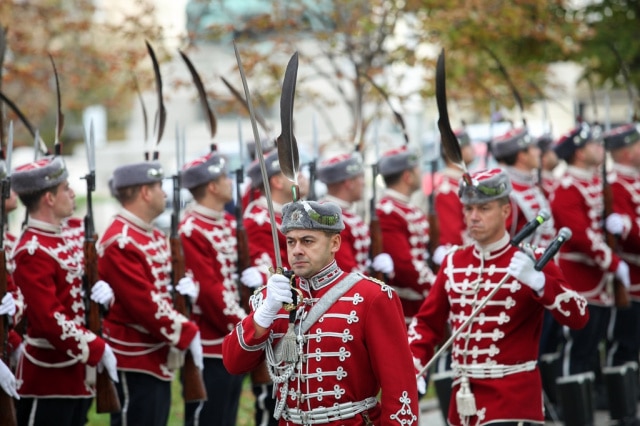 Today Bulgarians celebrate the Day of Courage and the Bulgarian Army – May 6. For the third year in a row, there will be no military parade on May 6. A solemn water blessing of the battle flags and sacred flags was organized in the capital Sofia.

His Eminence Bishop Polycarp of Belogradchik with the prayerful participation of His Holiness the Bulgarian Patriarch and Metropolitan of Sofia Neophyte read a prayer for the success of the people and blessed the flags and representative military companies.

A solemn march and representative blocks of the National Guard took place in front of the officials.

The National Museum of Military History in Sofia and its branches in Krumovo and Varna will be free to visit. Until 5 p.m., those interested will be able to see the exhibition “The Order, which has become a measure of Bulgarian courage” prepared especially for today’s holiday at the National Museum of Natural History in Sofia. It is dedicated to the first order created in the post-liberation history of Bulgaria – the Order of Courage.

The exhibition will feature weapons and military items in which the order is embedded. Among them are the sword of Tsar Boris III, the peak of the Samara flag, cigarette cases, flags.

Visitors to the Museum will see the most modern field cuisine owned by the Bulgarian Army, and at 12 o’clock there will be a tasting of bean soup.