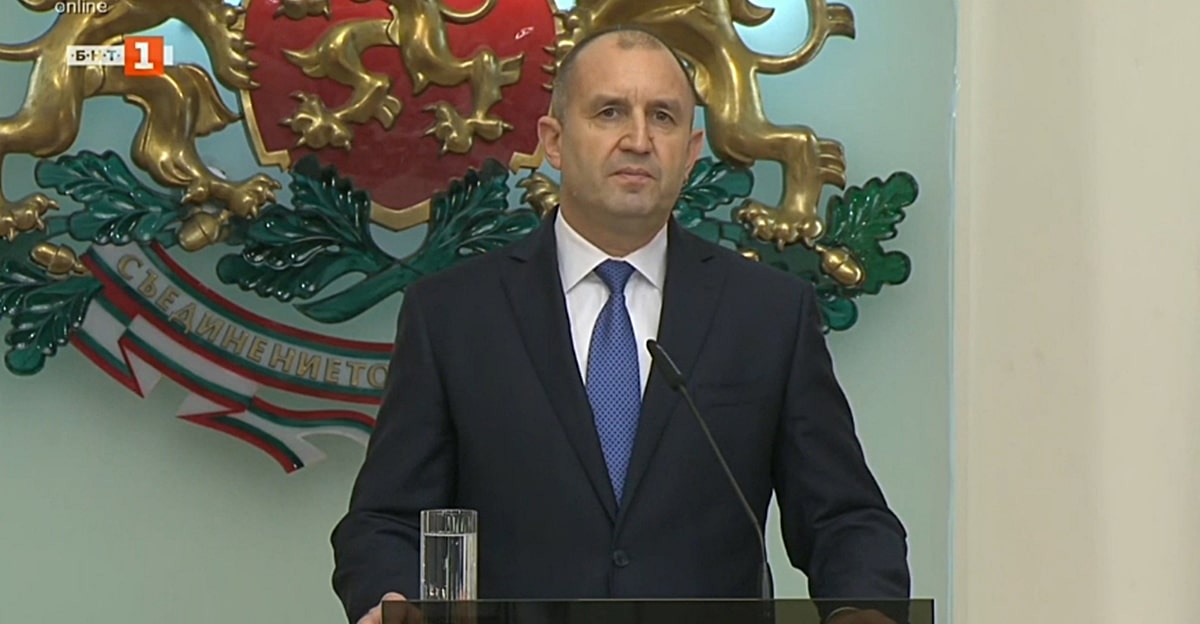 Bulgarian President Roumen Radev said on June 22 that he has vetoed part of the bill of amendments to the Interior Ministry Act, specifically the provisions that would task a new ministry department with protection of senior state officials.

Radev argued that the provisions he vetoed would “duplicate the protection given by the National Protection Service,” potentially leading to wasteful use of state resources without guarantees for higher security.

The National Protection Service is the only major security agency under the presidency’s jurisdiction and Radev has repeatedly telegraphed, over the past week since the bill was passed by MPs, that he intended to veto the provisions that he saw infringing on the service’s functions.

Under the amended Interior Ministry Act, the gendermerie and anti-terrorism unit would be merged into a new directorate in the ministry, which would have protection detail as part of its remit.

Radev said that the new directorate’s protection functions were not explicitly spelled out. Furthermore, the law said that the Interior Minister would approve the conditions and procedures for the directorate’s protection functions, which, Radev argued, was in breach of other legislation that split national security duties between the presidency, the government and Parliament.

“It is unclear what makes it necessary to create a new parallel structure without arguments for efficiency and effectiveness. There is no concept regarding the mechanisms for co-operation and co-ordination with other structures that have identical functions, which could create operational issues,” Radev said.

Radev also criticised that the provisions were tabled between readings, which means that they had not been subject to public discussion and had no impact assessments.

Since taking office in January 2017, Radev made liberal use of this power, his latest veto being the 21st, with Parliament overturning the veto in all but two cases, when the provisions in question were withdrawn. On several occasions, Radev has followed through with a Constitutional Court challenge, where he has been more successful in blocking legislation.