Published by Chief Instructor on January 17, 2022 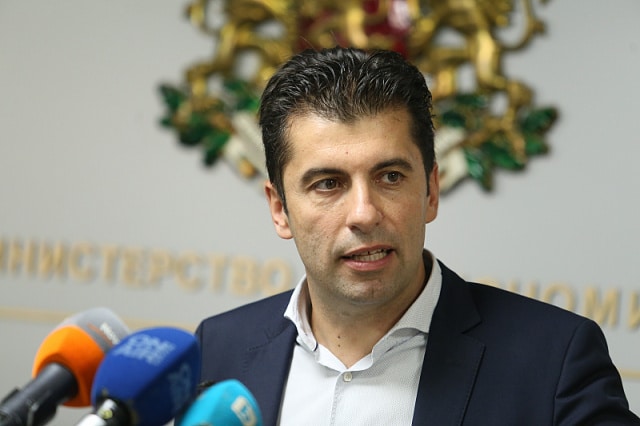 “Everyone understands that there used to be people with untouchability status. It’s over.” This was stated by Prime Minister Kiril Petkov in an interview with bTV.

His comment was on the revoked access to classified information and the resignation of Sotir Tsatsarov as head of the Commission for Combating Corruption and Confiscation of Illegally Acquired Property (CCCCIAP).

According to Petkov, the State Agency for National Security (SANS) has ruled that Tsatsarov is not reliable, it is not a matter of pressure, and one of the first laws to be debated in parliament will be the one on CCCCIAP.

“A big coincidence of dates is that SANS had to inform him on Friday morning about the revocation of his permit, and he resigned on Thursday. I congratulate the services for the work done,” said the Prime Minister.

There was still no clear candidacy for a new head of the Anti-Corruption Commission.

Bulgarian PM: Head of Anti-Corruption Commission No Longer has Access to Classified Information

Here is what the Prime Minister commented:

Is Geshev looking himself in the mirror?

There are crises and there will be more of them, Petkov added. But above all, it is important for us to “return the rule of law first.” For now, the prosecutor’s office is the main problem for this to happen.

“I wonder if Geshev is looking in the mirror and wondering – have I done my job today? And if he answers ‘yes’, then he has a serious problem with the reality of his assessment. Or he is addicted in some way and cannot resign,” Petkov said.

Compromise for the Sofia-Skopje railway line

The Republic of North Macedonia will join the EU when Bulgaria‘s position is consistent and this is the best for our country. We want guarantees for zero tolerance of discrimination if the rights of Bulgarians are to be included in the constitution of our southwestern neighbor. The 6-month deadline set by Petkov is the time in which the work between the two countries must be completed, not the exact deadline for making a decision. These were the highlights of the prime minister’s comments on North Macedonia.

Bulgarian PM on his future visit to North Macedonia: I come with readiness for a new beginning

Asked what compromise we would make, Petkov said we could be the initiator of the Sofia-Skopje railway. We can help with organization, with funding, but we have to do it, he said. Another thing we will not back down from – there is no Macedonian minority in our country and he has never negotiated with American representatives for the recognition of the Macedonian minority in our country.

And more: the schools will be closed last, but unfortunately, a serious wave is coming, said Kiril Petkov. He explained that he had met with Assoc. Prof. Atanas Mangarov and two Vazrazhdane MPs for an “open dialogue”.

Bulgarian PM: I guarantee that the schools will close last

“We have to let the specialists do their job, there may be something we haven’t thought of,” Petkov said.

He also commented on the statement of MP Hristo Petrov, better known as Itzo Hazarta, who spoke about “a handful of wretched fascists” with the words that everyone in “We Continue the Change” says what they think.

MP from We Continue the Change on Vazrazhdane: “A Handful of Wretched Fascists”

“The next time they say they will storm the Council of Ministers, I will go down among the people, because it is pointless to pretend to be voivodes,” the prime minister added.

Vazrazhdane Leader: Next time we will Storm not only Parliament but the Council of Ministers

According to him, “there is a direct link between speaking out against vaccines and high coronavirus mortality in our country.”

He also commented on the behavior of Parliament Speaker Nikola Minchev, who was infected with the coronavirus after a meeting of the National Security Advisory Council last week. Asked if it was irresponsible, Petkov replied:

“No, on the contrary. He acted very responsibly. He immediately announced that he was ill and immediately took action. I sat against him for 6 hours and had a negative test. I owe it to the booster I recently had. I urge everyone to do so – the case that I had is telling.”

No shock bills for electricity

The Energy and Water Regulatory Commission (EWRC) must work as a truly independent body, to be a real regulator, the Prime Minister said. According to him, if this happens there will be no more shock electricity bills. I also have the feeling that the moratorium will fall sooner than the announced date, Petkov added.

Bulgarian PM: There will be no shock increase in electricity bills after the moratorium falls

The Prime Minister also commented on the ridiculous PR – i.e. the behavior of Alexander Boychev, who is responsible for public relations for “We Continue the Change” in parliament and raised a scandal on the air of the morning block of Nova TV.

“Sasho Boychev is a decent man, but he is very passionate about causes. He got into unnecessary rhetoric. The government should not interfere in the work of the independent media”, Petkov was categorical.

Source: Bulgarian PM: The time of the untouchables is over – Novinite.com – Sofia News Agency

The US included the Election of Radev as President of Bulgaria and BSP in the Russian Disinformation Ecosystem – Novinite.com – Sofia News Agency

In the State Department’s special report on Russian disinformation and the Kremlin’s propaganda ecosystem, the USA included the election of Rumen Radev as President of Bulgaria and the influence on the Bulgarian Socialist Party during the 2016 elections in Read more…